One of the worst whale beachings in New Zealand’s history occurred Friday morning after more than 400 pilot whales got stuck in the sand.

Volunteers and conservation workers raced between whales beached at Farewell Spit at the northern tip of the South Island, sloshing water from buckets over their bodies, which were skewed fins akimbo and over three or four deep in places, the New York Times reports.

Kath Inwood a community ranger at New Zealand’s Department of Conservation, told the Times that around 300 volunteers had joined conservation workers at the scene. Some formed human chains to prevent rescued whales from swimming back ashore, others doused water over surviving whales, trying to keep them wet and cool.

“It can be really quite distressing seeing so many dead whales,” Inwood said. “People need to be resilient and handle that and then get on with what needs to be done.”

Although some whales had been rescued and others remained beached but alive on Friday morning, about three-quarters had reportedly died.

Mass pilot-whale stranding is common in New Zealand and occurs most years at the Farewell Spit, which has reportedly been described as a whale trap. However, according to Inwood, the scale of Friday’s beaching has nevertheless come as a shock. 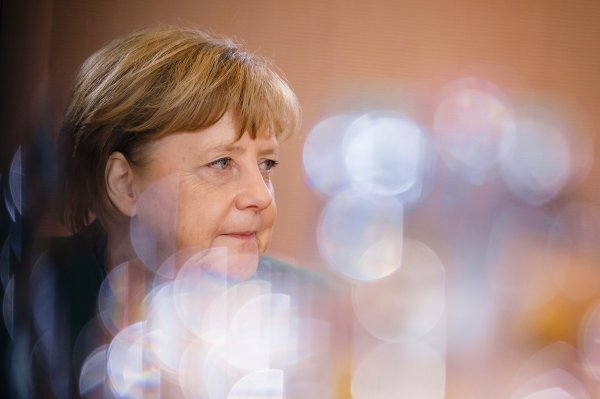 Merkel May Be Struggling, but Don't Count Her Out
Next Up: Editor's Pick