Children of Immigrant Deported to Mexico Speak Out: 'She Belongs With Us'

The family of Guadalupe Garcia de Rayos stands behind her attorney, Ray Ybarra Maldonado, as he speaks in front of the U.S. Immigration and Customs Enforcement office in Phoenix on Feb. 9, 2017.
Astrid Galvan—AP
By Katie Reilly

Guadalupe García de Rayos’ children spoke out in Phoenix on Thursday about watching their mother’s sudden deportation, while immigrants’ rights advocates warned that similar cases are likely to follow across the country.

“No one should ever go through the pain of having their mom taken away from them,” García de Rayos’ 14-year-old daughter, Jacqueline, said at a press conference. “No one should be packing their mother’s suitcase.”

García de Rayos, 35, was deported to Mexico on Thursday morning after being arrested during a routine check-in with Immigration and Customs Enforcement (ICE), sparking protests outside the ICE office.

She came to the United States illegally when she was 14 years old and has regularly checked in with ICE officials since 2008, when she was arrested during a workplace raid for using a fake Social Security Number, resulting in a felony conviction. Her latest required check-in, on Wednesday, came weeks after President Donald Trump signed an executive order prioritizing the deportation of undocumented immigrants who have been charged with a crime.

“What was Guadalupe doing to you last week that was causing you harm? Absolutely nothing,” her attorney, Ray Ybarra Maldonado, said at Thursday’s press conference. “This has nothing to do with public safety.”

Maldonado thinks García de Rayos is the first person since Trump’s order to show up for a scheduled meeting with ICE and be deported.

In a statement to the New York Times on Thursday, ICE spokeswoman Yasmeen Pitts O’Keefe said García de Rayos’ case was reviewed “at multiple levels of the immigration court system, including the Board of Immigration Appeals, and the judges held she did not have a legal basis to remain in the U.S.”

O’Keefe referenced a 2013 deportation order issued against García de Rayos, who had not been a priority for deportation under the Obama administration. “ICE will continue to focus on identifying and removing individuals with felony convictions who have final orders of removal issued by the nation’s immigration courts,” O’Keefe said in the statement, according to the Times.

“Seeing my mom in that van — it was unexplainable. It was really heart-dropping,” Jacqueline said Thursday. “My mom’s a really kind person. She would never hurt anyone.”

She and her brother, Angel — both U.S. citizens — spoke with their father at Thursday’s press conference, where all three vowed to fight for García de Rayos’ return.

“My sister needs my mother. She’s only 14 years old, and she’s growing,” said Angel, 16. “We need my mother back with us, and we’re going to keep on fighting.”

“She belongs with us,” he added.

At this point, Maldonado said, the legal options for reversing her deportation are limited. Immigrants’ rights advocates said her case has already become an example of what to expect as they advise others in similar situations.

“My advice to them is going to be let’s look for a sanctuary — a church that might want to take you in, if you’re willing to do that — or this is going to be what’s going to happen to you,” Maldonado said.

“They now know how ICE is going to act,” said Carlos Garcia, director of the immigrant advocacy group Puente. “Lupita might have sacrificed herself for others to be better prepared or not turn themselves in.”

He said each family affected by new immigration policies will need to make their own decisions. If it were him, he said, he might not show up to future ICE check-ins.

“The battle lines have been drawn,” said Marisa Franco, director of the grassroots organization Mijente. “We know that this case will be replicated in many places across the country, and we think it’s critical for communities to take a stand.” 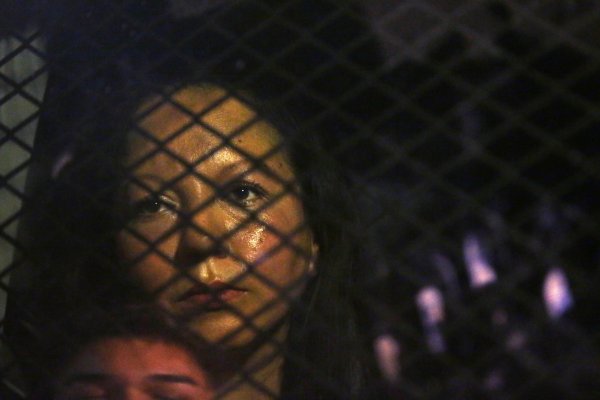 Arizona Mother Deported to Mexico After Living in U.S. For 21 Years
Next Up: Editor's Pick