People have started more than 50 campaigns on GoFundMe and CrowdRise that are related to the executive order halting travel into the U.S. for people from seven majority-Muslim countries, the New York Times reports. That money is meant to help those affected cover costs of changing travel plans or having to stay elsewhere.

One such campaign is raising money to pay for the flights of a Syrian family who had been approved to move to the U.S. but had to turn back when Trump signed the order. Another is raising funds for Iraqi interpreters who have translated for the U.S. government.

As the Times notes, while organizations like the ACLU have seen their volume of donations skyrocket since the ban and Trump’s election in general, the crowdfunding campaigns are a way to make sure money reaches specific individuals or causes in need of assistance immediately.

GoFundMe acquired CrowdRise last month and they’re two of the more prominent crowdfunding platforms, so the nearly $1.5 million raised on their sites is likely a significant portion of the total amount raised. But people have also used other websites to raise money for refugees or stranded travelers, so it’s difficult to know precisely how much people have donated to individual cases in response to the executive order. 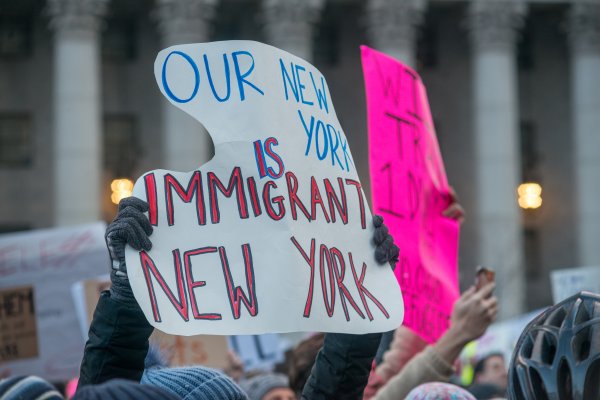 Most Undocumented Immigrants Live in 20 Urban Areas
Next Up: Editor's Pick