The good: Slim and gorgeous design, Sharp screen, Comfortable keyboard, Can run Android apps
The bad: Android apps are still a little buggy and aren’t optimized for the Chromebook’s screen, Pricey compared to some other Chromebooks
Who should buy: Buyers on a budget who want a simple web-surfing that also works like a tablet

So you’re shopping around for a new laptop. Maybe it’s because you hate your current computer. It’s too slow, perhaps, or it’s bogged down with viruses. Whatever the reason, you increasingly find yourself using your smartphone instead. After all, you’re really just browsing the web, watching videos and making the occasional document.

If that sounds like you, a Chromebook might be the perfect solution. Chromebooks are simple, usually more affordable laptops that run Google software; you can read more about them here. And Samsung’s latest Chromebook, the $549 Chromebook Pro launching in April, is a particularly compelling option — especially if you’d like a laptop that can work as a tablet, too. (Samsung is also offering a cheaper $449 Chromebook Plus model that includes a less powerful processor; it goes on sale Feb. 12.)

Both of Samsung’s new models support Android apps, as will many Chromebooks moving forward, meaning most of the same apps that you use on your smartphone will work on your laptop. There’s also a stylus neatly tucked away for scribbling notes or sketching on-screen, a first for Chromebooks. And its touchscreen bends back flat against the back of the keyboard, almost resembling a digital clipboard.

Where the Chromebook Pro really shines is as an everyday laptop. It’s particularly good in two key areas: Display and keyboard quality. The Chromebook Pro has a 2,400×1,600 screen, sporting an 3:2 aspect ratio that’s unusual for a laptop, but great if you’d like to watch lots of movies and TV shows. The keyboard, meanwhile, feels durable and offers deep key travel, unlike the flimsy, shallow keyboards on many less expensive Chromebooks. However, it’s missing a Caps Lock key, which you may find annoying if you OFTEN TYPE IN ALL CAPS. (You can work around this by holding the Alt and Search keys.)

The Chromebook Pro’s battery gets smoothly through a day’s worth of work on a single charge. During my testing, the battery lasted for about seven hours, during which I wrote this review, played games, streamed Netflix and browsed the web. Its Core m3 processor is plenty powerful for simple tasks, and it didn’t get overwhelmed when I opened about 25 tabs in Google’s Chrome browser. However, I found its limits when trying to run Android games like Asphalt 8 and Temple Run while leaving all those tabs open. Still, it can handle games and other Android apps just find under more realistic circumstances. (Remember to close your tabs!)

If you’re planning to use the Chromebook Pro mostly as a laptop, you probably won’t find much use for its stylus. But it’s a helpful accessory for sketching and handwriting in tablet mode. As with Samsung’s Note smartphones, the pen slides into a holster on the device, meaning it’s harder to lose between your couch cushions or in the depths of your bag. When you remove the stylus, an on-screen menu appears, offering shortcuts to pen-friendly tasks like taking notes. The stylus generally works well, although I noticed some problems after sketching for long periods of time.

In years past, buying a Chromebook often meant making one big trade-off: Yes, they’re typically cheaper than regular laptops, but they were heavily dependent on an Internet connection to work, relying on web apps like Google Docs. That’s changed with Google’s recent move to bring the Play Store to Chromebooks. You can now download Android apps and games and then use them whenever and wherever you’d like, connection be damned. That makes Chromebooks far more useful while offline. And overall, Android apps are more user-friendly than what you’ll get with web apps.

Still, some Android apps still aren’t great on Chromebooks. A few that I tested looked like stretched-out smartphone apps or desktop websites, which was less than stellar. The Pro also occasionally struggled with adjusting the screen orientation based on what I was doing. As I tilted the device back and forth to steer my car in Asphalt 8, for example, it sometimes thought I wanted to switch back to desktop mode and minimized the game. (The version of the Google Play Store on the Chromebook I tested was still in beta; Google says those purchasing the Pro will get a more polished experience in April.)

With plenty of processing power, long battery life, and a gorgeous slim design, the Samsung Chromebook Pro will perform admirably as a primary laptop for casual users. More broadly, it’s another sign that Chromebooks are coming into their own, able to replace more expensive laptops without sacrificing build quality and offline functionality. But Google has more work to do if it wants Chromebooks’ Chrome OS software and Android to play nicely together. That said, if you’re thinking about getting the Chromebook Pro, it’s worth considering your priorities. Bargain hunters willing to compromise on factors like screen resolution and power can snag a cheaper device that will get the job done nearly as well, like the $279 Acer Chromebook R11. 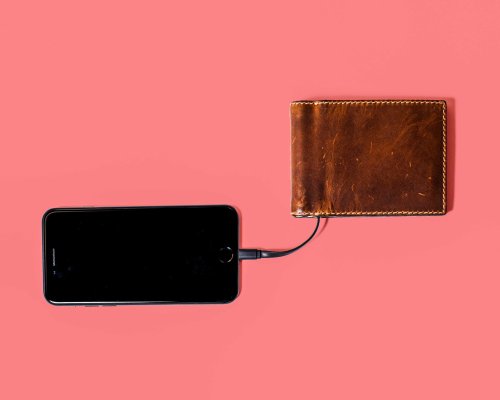 Why Every Man Should Have This Wallet With a Secret Trick
Next Up: Editor's Pick