The Surprising History Behind America's Stand Your Ground Laws

Gun rights activists celebrate the news from the U.S. Supreme Court on June 26, 2008 that ended a ban on owning handguns in Washington, D.C.
Tim Sloan—AFP/Getty Images
By Lily Rothman

The idea of the right to defend oneself may seem universal, but in her new book Stand Your Ground: A History of America’s Love Affair With Lethal Self-Defense, Harvard’s Caroline E. Light posits that the opposite is true. In examining the history of self-defense in the United States — from remembering the Alamo to the controversial “Stand Your Ground” laws now on the books in some states — she traced the American ideal back to its origins in English law in the 1600s. Though she writes fondly of her experiences visiting shooting ranges with her parents while growing up in Virginia, her research led her to unsettling conclusions about the meaning of self-defense and guns in American culture.

Light spoke to TIME about that complicated history and its implications for the present.

TIME: What was going on at the time that the idea of self-defense was invented in English common law?

Light: Originally, English common law was based on the sanctity of human life, and really the only person authorized to take a life was the King. In fact, if someone came after you, you were supposed to retreat to the “wall behind your back” before fighting back with force. That was called the duty to retreat. The King was the one who was there to protect the people. The one exception to that was the “castle doctrine,” which originates in the early 1600s. This was the doctrine that you did not have to retreat from an attack if you were in your home, because as the old adage says, a man’s house is his castle.

Does that mean this was a time of pushing back against the monarchy?

The actual case where that adage comes from is called Semayne’s Case. The police were attempting to get this man to pay a certain fee, so it was a legitimate police complaint, but they burst in on his home without announcing themselves, and they were found at fault. And yes, this was at a time when we’re on the cusp of questioning monarchical authority. You have more enlightenment philosophers proposing that the individual has certain unalienable rights, among them the right to protect himself from violence, and this is very much encoded into what would later become United States law.

You make the point that this right to self-defense is connected to the sanctity of the house, but at the time not everyone had the right to a house. What should we keep in mind about that?

There are only particular people who enjoy any kinds of rights at that time. What I tried to do in my book is look through the lens of who is excluded from these putatively universal self-defense laws. Well, for one, women, no matter what class or color. Women did not have full sovereignty. A married woman basically was covered by her husband; she lost all property to her husband. So women didn’t have access to the castle doctrine, unless they were being attacked by a stranger in their home; if their husband were trying to attack them, they had absolutely no legal right to protect themselves. Similarly, colonized people and enslaved people were completely excluded from the protective rhetoric of the castle doctrine. It originates at a moment where only a select few people are really considered full citizens able to invoke this kind of protection.

When you get to the U.S., self-defense seems to go from a right to a duty. Is that unusual among nations?

I don’t think the U.S. is completely unique in that sense, but I think there’s a kind of alchemy of different power structures that conspired to turn the United States into a place that celebrated a particular kind of heroic, white, frontier ruggedness, and capacity to spread from sea to shining sea through manifest destiny.

What role does evolving technology play in this story?

I don’t spend a lot of time in my book talking about the gun technology because so many other people have done that so thoroughly, but I can say that starting in the late 19th century you do start seeing weapons that can be more quickly loaded and discharged, which make it more difficult to retreat in the face of force. That helps justify the expansion of the castle doctrine beyond the space of the home.

Today in the U.S., gun rights are so tied to partisan politics. Has self-defense always been a partisan issue?

Yes and no. I think there have been moments in time where it isn’t so much about a partisan thing, but I do think the whole self-defense paradigm is very much entrenched in certain vectors of power that tend to reinforce power rather than question inequality. I don’t think it’s so much explicitly partisan, but I do think our long history of self-defensive lethal violence is steeped in a certain kind of structure of power that tends to concentrate power in the hands of those who already have it.

How can understanding the history here help us understand the present?

What I’d really love is just for people to be a little bit more self-critical about the way in which they engage in thinking and talking about lethal self-defense. I know a lot of people who have owned guns and who value their guns. They’re good people, they’re law-abiding people, they mean well, they don’t want to be contributing to inequality—but I think a lot of them unconsciously believe in this very seductive narrative that so-called Second Amendment rights are universal. Actually, that’s quite a lie. 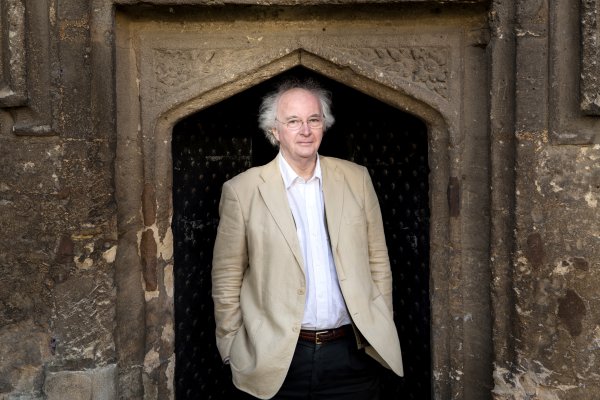 Philip Pullman's His Dark Materials Is Getting a Follow-Up Trilogy
Next Up: Editor's Pick