Oklahoma Attorney General Scott Pruitt, administrator of the Environmental Protection Agency (EPA) nominee speaks during a Senate hearing in Washington, D.C., on Jan. 18, 2017.
T.J. Kirkpatrick—Bloomberg/Getty Images
Ideas
By Eric Pooley
Pooley, a former managing editor of Fortune and chief political correspondent for Time, is a Senior Vice President at Environmental Defense Fund and the author of The Climate War.

The great struggle of our era will be fact versus deliberate fiction. Americans have watched this battle unfold in the 2016 presidential election and the early days of the Donald Trump Administration, as a leader who plays fast and loose with the facts begins to erode the very idea of evidence-based public debate.

For those fighting to solve climate change, this is an old story. Professional climate-change denial is the original fake news.

I’m not talking about your grumpy uncle’s doubts about whether climate change is real. I’m talking about the fossil fuel-funded, decades-long, under-the-radar public-relations campaign that helped sow those doubts.

In the 1990s, as climate change became a prominent issue, industry associations like the American Petroleum Institute organized an ambitious campaign to confuse the public about the facts of climate science. Their campaign was based on the tobacco industry’s work to obscure the link between smoking and cancer, using fringe think tanks to spread junk science. Late last year, one of the architects and chief spokesmen for that campaign, a professional denier named Myron Ebell, was put in charge of President Trump’s Environmental Protection Agency (EPA) transition team. Fake science was infiltrating the new administration.

The goal of the professional deniers is to spread doubt about facts that have been established through decades of research. Knowing that most people reasonably enough don’t have the time or training to investigate scientific claims, they toss out random theories and see what gains traction. Water vapor, suns spots and the Medieval Warm Period have all had a turn.

We recently saw a fresh round of climate propaganda. A columnist in the London tabloid Mail on Sunday falsely accused scientists at the U.S. National Oceanic and Atmospheric Administration of fudging temperature data. The writer used the familiar tactic of taking an obscure scientific point (there are small differences in the globally averaged temperature results published by various scientific institutions) and pretending that it discredits climate science itself. This is like calling your diet an abject failure because one scale says you lost 39 pounds and another says you lost 40. The claims have been authoritatively debunked. The so-called “whistleblower” featured in the fake news story has even come forward to say there was no fraud.

Yet inside the echo chamber of climate lies, the bogus claim spread farther and faster that those rebuttals ever will. Breitbart-style outlets hailed the “news” and conservative bloggers, tweeters and politicians amplified it. Representative Lamar Smith, the climate change–denying chair of the U.S. House Science Committee, whose campaigns are largely bankrolled by oil money, issued a breathless press release and raised the issue at a recent hearing. And Scott Pruitt, President Trump’s pick to head the EPA, has been using the same kind of climate disinformation in his oral and written Senate confirmation testimony.

How can Americans spot bogus reports in the climate change debate and fake news more generally? Here are a few basic questions to ask yourself that can help separate fact from fake.

In the past, the scientific community has made the mistake of letting obviously frivolous attacks on climate research go by without an aggressive response. No longer. And mainstream reporters are more careful these days, too. But with senior government posts now filled by those who willing to ignore or deny demonstrable facts — and even aerial crowd photography — we can’t let propaganda go unchallenged. If 2016 taught us anything, it is not to assume the truth will sort itself out. 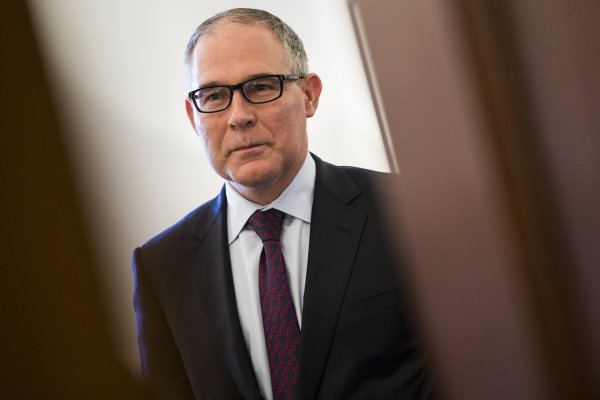