The Morning Consult/Politico poll found Trump’s disapproval rating has grown worse during his first weeks in the White House. Nearly 50% of respondents disapprove of how Trump is handling his new job, an increase from 41% in the previous week. That trend echoes other polls that have found Trump’s early disapproval ratings to be higher than those of his predecessors.

Trump’s approval rating also fell slightly from 49% to 47%, the poll found. That two-point difference is still within the poll’s margin of error, which is plus or minus 2 percentage points.

Still, a majority of people (55%) approve of Trump’s controversial immigration ban, while just 38% disapprove, splitting heavily along partisan lines. While 82% of Republicans support the immigration order, 65% of Democrats oppose it.

The poll, which surveyed 2,070 registered voters online, was conducted from Feb. 2 to Feb. 4. 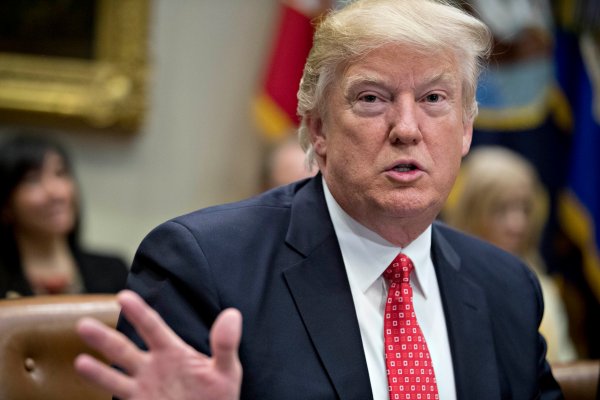 President Trump Offers to 'Destroy' Career of a Texas Sheriff's Opponent
Next Up: Editor's Pick