As the mayors of Paris, Sydney and Mexico City, we are proud that our cities are amongst the most prosperous, cosmopolitan and dynamic on Earth. Their strength comes from the values of tolerance and mutual respect that unite our citizens far more than our differences divide us. Economic opportunities draw people of every age, origin, religion and nationality to our cities, but it is these values that make them citizens.

The year 2016 was a stark reminder that these values, which make our cities around the world such wonderful places to live, also require constant vigilance. From the Brexit vote to Donald Trump’s victory in the U.S. presidential election to the growing confidence of populism in Europe, urban citizens have found themselves having to defend the values that we all hold dear again and again.

But another defining and hopeful feature of our cities is their spirit of innovation. Cities are where ideas flourish, technologies are pioneered and new eras begin. In recent years, there has been no better example of this than on the issue of climate change. It is cities that are delivering the boldest ideas and most ambitious plans for how to deliver a greener future. Through the C40 Cities Climate Leadership Group, ninety of the world’s greatest cities are concretely acting together to tackle climate change, whilst maintaining and accelerating economic growth.

In Paris and Mexico City, we have committed to banning diesel cars by 2025 in order to slash our emissions whilst cleaning the air that our citizens breathe. In Sydney, we’ve helped drive city-wide emissions down by 19%, whilst also growing our economy by 37%.

The next four years are crucial to meet the ambition of the Paris Agreement and keep global temperature rise to below 1.5 degrees Celsius. Uncertainty, indecision and inertia, created by those who would deny the scientific evidence, are no longer acceptable options. It is the young people, migrants, entrepreneurs and scientists attracted to our cities who are now delivering the innovative solutions to the climate crisis, and as mayors we are determined to support this. There is no space for populism in this new era of sustainable and inclusive cities that they are helping to create.

Climate change does not respect national borders or walls. A coalition of American mayors, have already announced their determination to forge ahead with bold action on climate change with or without the support of the U.S. federal government. All C40 cities stand shoulder to shoulder with those mayors, because in the global fight against climate change, there is so much more that unites us than divides us. 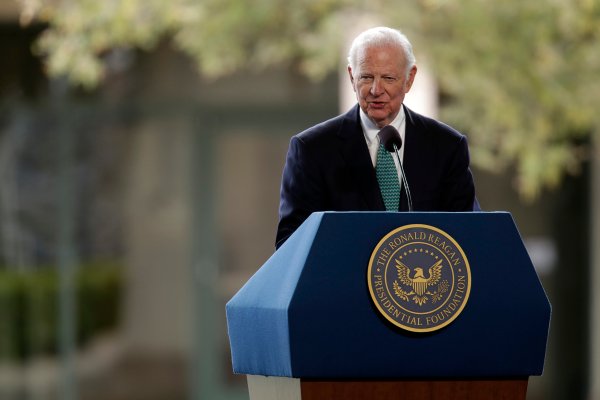 Republicans Tell Their Party It's Time to Address Climate Change
Next Up: Editor's Pick