Souza’s photo is cropped to show the bottom half of several people attending a meeting in what looks like the Oval Office. From looking at the legs, feet and clothing of those pictured, one can surmise that three of the people in the meeting are women – and the other is the former president.

“Meeting with top advisors. This is a full-frame picture. I guess you’d say I was trying to make a point,” Souza captioned the photo. At time of writing, the Instagram picture has received more than 51,000 likes.

President Trump has been criticized for the lack of gender and racial diversity in his administration. In a piece for Motto last month, Gretchen Carlson wrote: “Women not being selected for more than a few high-level posts should be a bipartisan concern.” 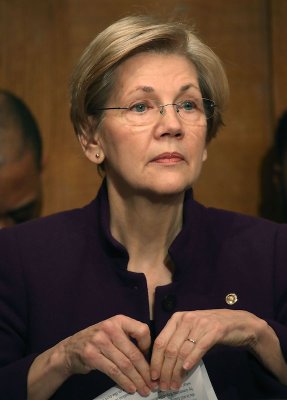 The Fistfight Behind the Rule That Silenced Elizabeth Warren
Next Up: Editor's Pick