Russian President Vladimir Putin has signed off on a law that partially decriminalizes domestic abuse, a measure that sailed easily through the country’s socially conservative legislature despite pushback from women’s- and children’s-rights advocates.

Under the new law, domestic violence that results in “minor harm,” such as small lacerations and bruising, will now be considered a misdemeanor punishable by a fine of up to $500 or up to 15 days in jail, the Moscow Times reports. Before Tuesday’s amendment, similar offenses carried a penalty of up to two-years in prison.

Second offenses within one year, and cases of extreme violence, will be considered criminal, however.

Legislation was passed last year similarly decriminalizing street assaults. In both cases, the two houses of the country’s legislature voted almost unanimously in favor of the measures.

The new legislation was proposed by ultra-conservative lawmaker Yelena Mizulina, who also successfully lobbied for the passage of a law banning so-called “gay propaganda” in 2013. She argued for decriminalizing domestic violence on the grounds that parents in Russia should have the right to hit their children.

While premised on preventing lengthy prison sentences for parents who discipline their children by spanking or slapping them, critics of the law say that it marks a clear backslide for child protection and could easily undermine women’s rights.

Domestic violence is endemic in Russia and overwhelmingly affects women, who account for about 74% of the country’s victims. Government figures from 2013 indicate that 91% of incidents reported against women were perpetrated by their husbands.

According to the Moscow-based ANNA National Center for the Prevention of Violence, women already see little point in seeking legal recourse for abuse, a situation that could worsen in the new legal environment. Some 74% of women who sought assistance from a national help line never reported abuse to police, the group said.

A 2003 study by Amnesty International concluded that 36,000 women were beaten by their husbands each day in Russia, while government figures from 2008 showed that thousands of women were dying each year at the hands of their spouse or other family member. Independent research also shows links between abuse and alcohol consumption in Russia. 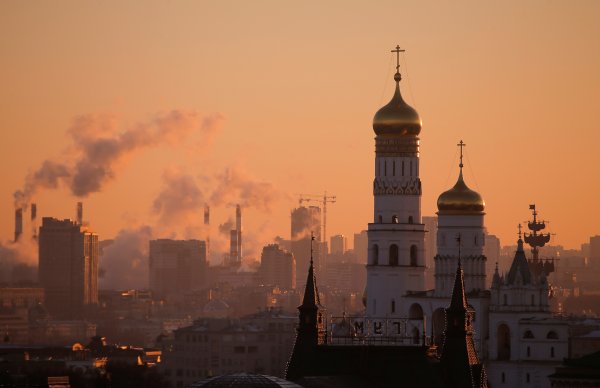 Wife of Russian Dissident Says Husband Was Poisoned
Next Up: Editor's Pick