Senator Elizabeth Warren was silenced on Tuesday night during the Senate debate over the nomination of Senator Jeff Sessions as Attorney General after she quoted a letter written by the late Coretta Scott King in which King spoke out against Sessions’ character, the Washington Post and other outlets reported.

Senate majority leader Mitch McConnell said that Warren had “impugned the motives and conduct of our colleague from Alabama,” referring to Sessions; the Republican-held Senate then voted 49 to 43 to uphold the objection that she had breached the rules of debate.

The letter in question, first published publicly by the Washington Post last month, was written by Martin Luther King’s widow to Senator Strom Thurmond in 1986, when Sessions was nominated to serve as a federal judge.

King was writing the letter to “express [her] sincere opposition” to the confirmation of Sessions, who, she wrote, had “used the awesome power of his office to chill the free exercise of the vote by black citizens in the district he now seeks to serve as a federal judge.”

The full text of that letter is below: 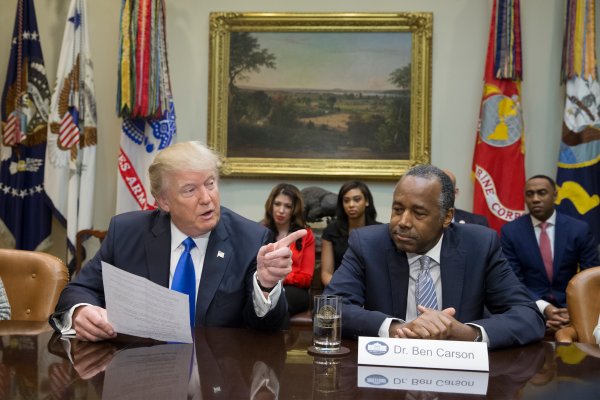 Donald Trump Got Black History Month All Wrong
Next Up: Editor's Pick