Donald Trump’s attack on the U.S. judiciary is too much for authoritarian China, it seems.

The U.S. president is an “enemy of the rule of law,” according to a top Chinese judge, reacting to Trump’s verbal attacks on an American judge who blocked his controversial travel ban last week.

That prompted He Fan, a member of the apex Supreme People’s Court of China, to denounce Trump as a “bully without dignity” on his own social media account, drawing a link between his criticism of Robart and the slaying of a Chinese judge in his home by a former defendant last month.

“A president criticizing judges and bandits murdering judges are all enemies of the rule of law,” He wrote Sunday in a post on his public WeChat blog, “Colorful Law,” which has around 200,000 subscribers.

He argues that Trump jeopardized the sovereignty of the U.S. legal system by openly criticizing a judge. “No matter how much they hate a court ruling, presidents can only keep it to themselves,” wrote the 39-year-old, who has published a book on the U.S. Supreme Court. “They don’t air their criticisms in public, let alone put a judge in the crosshairs.”

He’s own criticism is not without irony. In autocratic China, “rule of law” is most commonly cited as a tool when authorities want to quash peaceful protests. Chinese courts work hand in hand with the executive authority, boasting a conviction rate of 99.92%.

Last month, a group of top U.S., European and Australian legal experts wrote a letter to U.K. newspaper The Guardian to express “grave concern” over an ongoing crackdown on Chinese lawyers.

Trump has appealed Robart’s “Muslim Ban” block to a higher court in San Francisco with a ruling expected later this week. 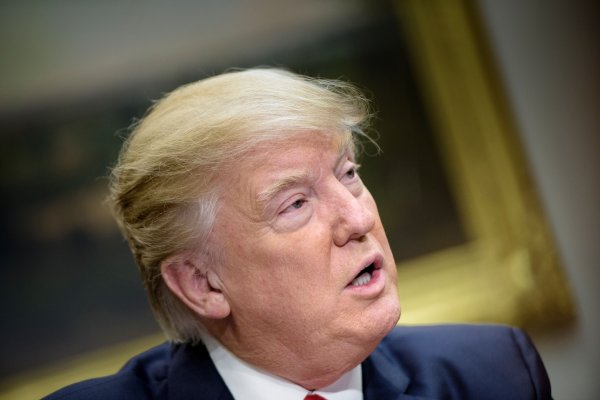 Why Congress Should Impeach Donald Trump
Next Up: Editor's Pick