Céline Dion can’t get over seeing the Power of Love.

The legendary singer was taken completely by surprise when a marriage proposal occurred right before her very eyes at a pre-concert meet-and-greet last Friday at Caesar’s Palace in Las Vegas.

Nick Janevski, 24, got down on one knee and proposed to his girlfriend of six months, Austin McMillan, 24, just before they had their pictures taken with Dion, 48, according to BuzzFeed News.

McMillan said neither she or Dion knew Janevski would propose. “I didn’t even say yes… for like two whole minutes I was just shocked,” she said. “I just looked at Celine Dion and then we both looked at him… I just kissed him.”

McMillan told the outlet that her fiancé was a former personal trainer for Dion’s manager, making it possible for him to set up the meet and greet with the music icon.

The “My Heart Will Go On” singer could not contain her reaction, expressing shock and giving the newly engaged couple a touching blessing.

“I hope you have a long and happy marriage, just like I did with my husband,” Dion told the duo.

Dion’s husband, René Angélil, died in January 2016 after a long battle with throat cancer. The couple was married for 21 years and shared three children: René-Charles, 16, and 6-year-old twins Nelson and Eddy.

Dion posted a retrospective video to her Facebook page on Saturday, filled with personal moments from Angélil’s life, including rare family photos of his life growing up in Montreal.

“It’s been a year since René left us,” Dion captioned the Facebook video. “He will always be in our hearts.” 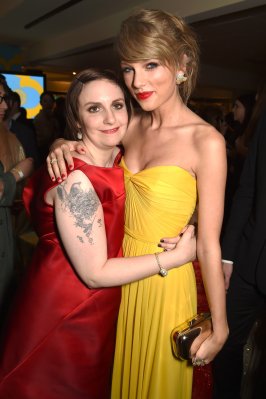