Donald Trump offered his help to a Texas sheriff feuding with a state senator, on Tuesday, volunteering to “destroy” the politician’s career.

Sheriff Harold Eavenson of Rockwall County, a major figure in the National Sheriffs’ Association, was one of a group of law enforcement officials to meet with Trump and a number of White House officials on Tuesday. He expressed frustration with a state senator in Texas who wants to change asset forfeiture law. “He was talking about introducing legislation to require conviction before we can receive that forfeiture money,” Eavenson said, “and I told him that the cartel would build a monument to him in Mexico if he could get that legislation passed.”

“Who is the state senator?” Trump responded. “Do you want to give his name? We’ll destroy his career?”

The quip was met with laughter in the room.

A White House spokesperson said the president was only “joking.” 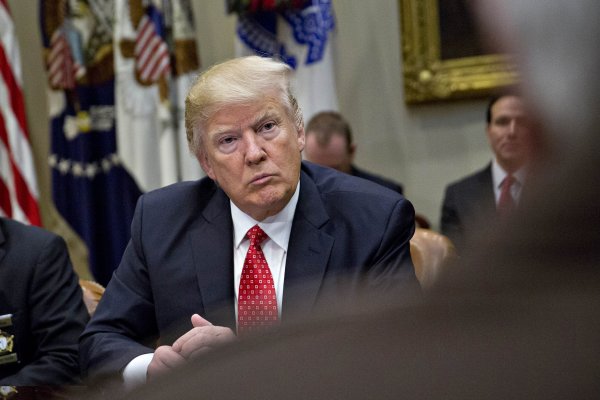 More Than 650,000 People Have Joined a Campaign to Impeach President Trump
Next Up: Editor's Pick