The good: Better complications, Includes Google Assistant, Can run standalone apps, Improved fitness tracking, Refined interface that’s easier to use, Works on Android and iOS
The bad: Mostly playing catch up to Apple and fitness trackers, Smart reply suggestions don’t always work well
Who should buy: Android phone owners interested in smartwatches will be pleased with the improvements coming in 2.0, but the software won’t do much to convince smartwatch skeptics

When Android Wear first debuted in 2014, smartwatches were still largely unfamiliar territory, and Google was just figuring out how to adapt Android to wearable devices. More than two years later, Google’s refined take on those efforts are set to debut. LG’s Watch Style and Watch Sport, out Feb. 10, will be the first smartwatches to ship with Android Wear 2.0, the massive software update Google unveiled last spring. The refresh gives Google-powered smartphones more ammunition to compete with rival devices, especially the market-leading Apple Watch.

Among Android Wear 2.0’s biggest improvements is how much easier it is to navigate. It’s simpler to launch apps, manage notifications, and customize watch faces. On round watches, like the LG Watch Style I used to review the upgraded software, the app menu leans into the device’s curves as you scroll, resulting in a smooth aesthetic I prefer over the Apple Watch’s bubbly launch screen. Switching watch faces is now as easy as swiping from left to right, while notifications appear clearer and less cluttered. Meanwhile, the entire interface now has a darker look, which Google says will help with battery life.

Notably, Android Wear watches no longer need to remain tethered to a nearby smartphone in order to run apps. (Similar improvements came to the Apple Watch in 2015). While most smartwatches, including those running Android Wear 2.0, still heavily rely on smartphones, this is a major step in making them more independent devices. (It’s also a nice upgrade for iPhone owners who choose Android Wear devices instead of Apple’s Watch.)

All are welcome changes. But among the most useful tweak is an improvement that’s long been present on the Apple Watch: complications. These are shortcuts that can be added to a watch face to make it easier to see more information at a quick glance. With Android Wear 2.0, Google has broadened the types of information you can pin to watch faces, which cut down on the amount of time I spent digging through menus and launching apps. Obsessive customizers might prefer Android Wear over the Apple Watch, given the plethora of third-party watch faces out there.

Android 2.0 brings another enhancement that makes it easier to surface information quickly: the Google Assistant, which is probably the biggest advantage Google’s smartwatches hold over Apple’s. Google’s helper is often better than Siri at quickly answering questions fast and remembering context; when I asked both if I needed an umbrella today and then followed up with “How about tomorrow?,” only Google understood that I was still talking about the weather.

New text input options, meanwhile, make it easier to send messages, a notoriously difficult task on smartwatches’ small screens. One such method, a feature called Smart Reply that debuted in Google’s Inbox email app, offers pre-written responses designed to change depending on a conversation’s context. It works O.K. in practice, but sometimes the available responses didn’t make sense given the subject matter.

I didn’t get as much use out of Google’s other messaging upgrades, but I did appreciate that Android Wear 2.0’s handwriting recognition is good at identifying emoji. Apple’s smartwatch also lets wearers trace letters, but it’s executed slightly differently: Android Wear continuously scrolls the screen toward the left to allow for more space; Apple’s software requires users to scrawl each letter individually.

Android Wear 2.0 also turns compatible smartwatches into better-equipped workout companion. It can track more kinds of exercises, like indoor workouts and strength training, and can automatically recognize when a user is working out. The latter addition is particularly notable, as automatic exercise recognition is more common among dedicated fitness trackers rather than smartwatches. But while Google Fit nudges you to achieve your goal throughout the day, it doesn’t encourage you to move when you’ve been idle for too long, a feature I’ve come to love on the Apple Watch and certain Fitbit devices.

Android Wear 2.0 is a much-needed improvement that makes Google’s smartwatches feel fresh in a market largely dominated by the company’s rivals. But it doesn’t answer the question on many potential buyers’ minds: Why do I need a smartwatch? Tech companies at large seem to be struggling to answer that question. Only 8% of those who don’t currently own a smartwatch or fitness band plan to buy one in 2017, according to a study from Kantar Worldpanel. Thanks to Android Wear 2.0, Google’s feel faster and more useful, which Android fans will appreciate. But the new version of Android Wear doesn’t push the category forward by offering breakthrough features that are wildly different than what currently exists. 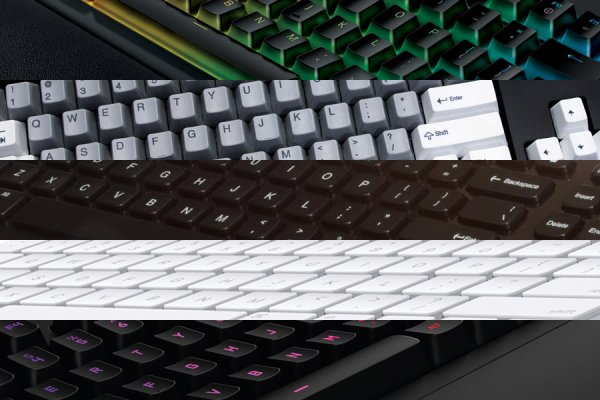 These 5 Keyboards Can Make Your Workday So Much Better
Next Up: Editor's Pick