President Trump Falsely Claims the U.S. Murder Rate Is the Highest in 45 Years

President Donald Trump told a group of sheriffs on Tuesday that the murder rate in the U.S. was the highest in 45 to 47 years when in fact the rate remains near its lowest point in half-a-century.

“The murder rate in our country is the highest it’s been in 47 years, right?” Trump said at a meeting with the National Sheriffs Association, a group that represents thousands of sheriffs around the country. “Did you know that? Forty-seven years. I used to use that. I’d say that in a speech and everybody was surprised. Because the press doesn’t tell it like it is. Wasn’t to their advantage to say that. But the murder rate is the highest it’s been in, I guess, from 45 to 47 years.”

The murder rate in a number of cities, however, has been ticking up, something President Trump routinely discussed on the campaign trail. That increase in the homicide rate between 2014 and 2015, rather than the rate itself, is the largest in almost 50 years. 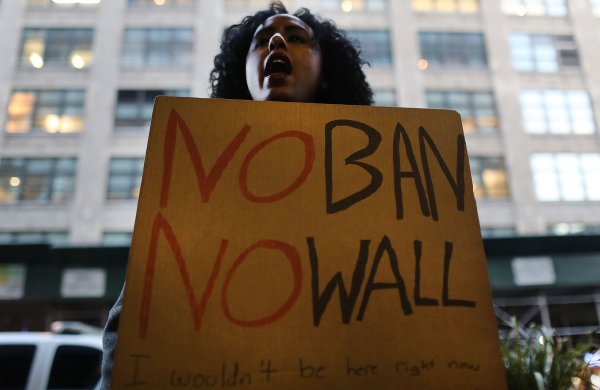