The three-judge panel for the Ninth Circuit Court of Appeals will decide whether to lift or maintain a temporary block on Trump’s travel ban, which suspended immigration from seven majority-Muslim countries.

The country’s largest appellate court had a liberal reputation that has faded somewhat in recent years, now that many of former President Jimmy Carter’s appointees are no longer active judges, said Arthur Hellman, a University of Pittsburgh law professor and expert on the Ninth Circuit.

“This is a typical panel of the Ninth Circuit in the sense that there are more Democratic appointees than Republican appointees,” said University of Richmond law professor Carl Tobias.

Tuesday’s hearing follows a long line of high-profile cases for the court, Hellman said: “The extraordinary is almost routine for the Ninth Circuit.”

Here are some key facts to know about the judges:

Judge William Canby Jr.
Canby, 85, was one of the many judges appointed by Carter who helped to give the Ninth Circuit Court its liberal reputation.

He graduated from Yale University and the University of Minnesota Law School. Early in his career, Canby clerked for former Supreme Court Justice Charles Whittaker and served as a special assistant to then-Minnesota Sen. Walter Mondale, who later became Carter’s Vice President.

Canby also worked for the Peace Corps in Ethiopia and Uganda, where he later returned as a Fulbright law professor.

“He’s sort of a veteran. Immigration cases have been central to the Ninth Circuit for pretty much his entire tenure on the court,” Hellman said.

“That will give him a perspective on the process that very few other people would have,” Hellman added.

Judge Michelle Friedland
Friedland was appointed by former President Barack Obama in 2014 and confirmed by a largely partisan vote of 51-40.

Judge Richard Clifton
Clifton, who was nominated by former President George W. Bush, has served on the Ninth Circuit Court of Appeals since 2002, when he was unanimously confirmed by a Senate vote of 98-0.

Clifton, 66, has a record as a centrist judge. His dissenting opinion last year in a case that dealt with immigration could shed some light on how he’ll view Tuesday’s oral arguments, Hellman said. Last year, the Ninth Circuit Court of Appeals struck down part of a law that made it more difficult for a “habitual drunkard” to be granted leniency from deportation.

The court ruled that the law violated the equal-protection guarantee of the U.S. Constitution by equating drunkenness with poor moral character. Clifton dissented, criticizing the legal premise of the decision, which he called “pointless.”

“On that basis, I’d say that of the three judges, he’s the most likely to be sympathetic to the federal government’s argument,” Hellman said. “His dissent was an example of judicial restraint, opposed to—I think—what does have to be called an activist decision by the panel majority in that case.” 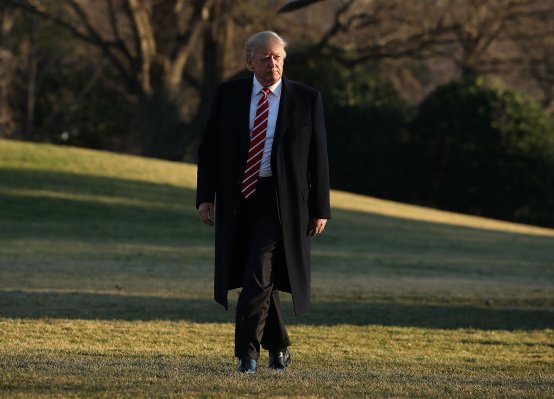