More Than 650,000 People Have Joined a Campaign to Impeach President Trump

President Donald Trump listens during a listening session in the Roosevelt Room of the White House in Washington, on Feb. 7, 2017.
Andrew Harrer—Getty Images
By Aric Jenkins

A campaign to impeach President Donald Trump now has more than 650,000 signatures.

The online petition, which is spearheaded by two nonprofit advocacy groups, Free Speech for People and RootsAction, was created the day of President Trump’s inauguration, Jan. 20. The campaign said that as of noon on Feb. 7, its petition had 655,363 signatures.

President Trump has issued a number of controversial executive orders, including an immigration ban against people from seven Muslim-majority countries that was temporarily blocked by a federal judge on Feb. 3.

President Trump’s approval rating is at a historic low, but the commander-in-chief can’t be impeached merely because he is disliked. Congress would have to find him guilty of treason, bribery, or “other high crimes and misdemeanors.” Recognizing those prerequisites, the impeachment campaign’s main argument centers on Trump’s “unprecedented conflicts of interest.”

The organizers are asking supporters to sign the petition in order to convince Congress to investigate grounds for the President’s impeachment. The campaign site promises to continue periodically updating the signature count as it grows. 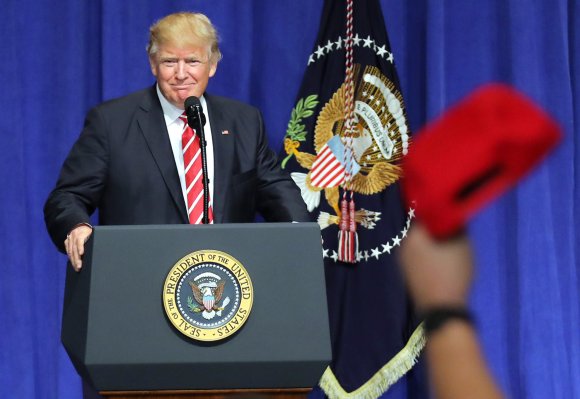