A rare coalition of energy companies, green groups and trade unions united this month to support a measure before Congress that helps fight greenhouse gas emissions by providing a tax credit for capturing and storing carbon dioxide.

The provision — known as the Section 45Q tax credit — grants a tax incentive to energy and industrial companies that store carbon dioxide through a set of technologies commonly known as carbon capture and sequestration (CCS), rather than releasing the pollutant into the atmosphere.

Support for a measure strengthening the tax credit came in the form of a letter sent last week to members of Congress. Representatives of environmental groups like the Natural Resources Defense Council, unions like the AFL-CIO and companies like Arch Coal, the country’s second largest coal producer, signed the letter.

CCS “represents an essential component of our nation’s strategy for achieving greenhouse gas emissions reductions,” the letter says. “This opportunity represents a genuine win-win for our nation’s economy and environment.”

Many environmental groups and energy companies have high hopes that CCS can play a game-changing role in the energy sector, as policies increasingly demand reductions in global warming-causing carbon dioxide emissions. The CCS process typically involves pipelines that transport carbon dioxide away from a power plant or another industrial site to an injection well that dumps the pollutant thousands of feet underground, where it cannot enter the atmosphere. Other CCS projects actually use the gas for other purposes like improved oil recovery.

Many environmental policymakers say that widespread adoption of CCS in the coming decades may be key to stopping the most devastating effects of climate change. The level of carbon dioxide in the atmosphere has already exceeded 400 parts per million, a level some scientists have described as unsustainable. Others remain deeply skeptical of the technology because a few high-profile projects failed to deliver as promised.

The legislative push for CCS is a renewed fight after a measure bolstering the tax credit did not receive a floor vote last year, but enjoyed broad support from Republicans and Democrats. (The coalition also sent a letter with close to identical language last year.) “When utilities, coal companies, and environmental groups come together to support your bill,” Senator Heidi Heitkamp, a North Dakota Democrat, said last year in a statement, “you know you’re onto something that could work.” 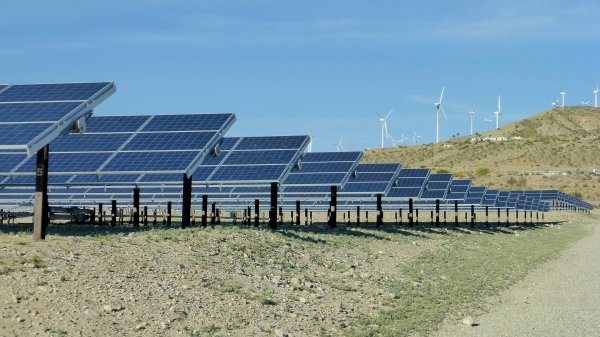