When then-President Barack Obama visited Vietnam last spring, he and food world rockstar Anthony Bourdain had the ultimate jet-set bro date: a noodle-slurping catch-up at a casual local diner. In a new New Yorker profile on Bourdain, whose career as a down-and-out chef has morphed into a profession of unofficial cultural diplomacy thanks to his lauded CNN show, he reflects on the dinner the two famous guys shared for a wallet-friendly $6—and the freedom the former president is not afforded, thanks to his especially high profile.

“How often do you get to sneak out for a beer?” Bourdain asked Obama as they settled into their bun cha meal.

“I don’t get to sneak out, period,” Obama had replied, according to the story. Bourdain then walked Obama through the ritual of noodles, broth, and sausage consumption by instructing him to “dip and stir… and get ready for awesomeness.”

“Even drinking a beer for him is a big thing,” he explains in the New Yorker story. “He’s got to clear it.” Bourdain also mused on Obama’s more philosophical leanings. “I believe what’s important to him is this notion that otherness is not bad, that Americans should aspire to walk in other people’s shoes,” he says. Luckily, Obama got just that kind of an experience when he and Bourdain hung out. 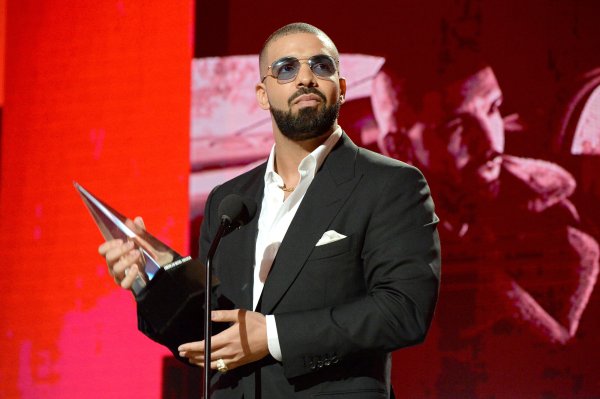 Watch Drake Speak Out Against Trump At His Concert
Next Up: Editor's Pick