Ralph Ellison at a Senate Subcommittee hearing in Washington during continuing hearings on the racial problems in big cities, on Aug. 30,1966.
AP
Ideas

Since its formal beginning as Negro History Week in 1926, Black History Month has revealed the “white lie” of American history. It has been a project aimed at correcting the misrepresentations and stereotypes of black life throughout the country and at vindicating black people by celebrating our extraordinary achievements as a race.

Negro History Week represented a formalization of what was already taking place throughout black America. Laypersons and scholars created an archive of black achievement to respond to the racist claims that African Americans contributed little or nothing to world history — claims often used to justify our second-class status and white superiority.

The historian Carter G. Woodson, co-founder of the Association for the Study of Negro Life and History (ASLAH) in 1915 and the Journal of Negro History in 1916, understood the significance of celebrating black history to uprooting the idea of whiteness that devalued black people.

In a 1932 editorial for the Chicago Defender entitled “History Week and What it Means,” Woodson made it abundantly clear that full recognition of the broad contributions of African Americans was essential to dispelling the misrepresentations that sustained the idea that only white people could bear the benefits and burdens of citizenship. As he put it, “[u]nless Negro History Week can be used to accomplish such a purpose the mere celebration will be meaningless.”

We would end up attending Black History Month events, delivering and listening to speeches about black people, and celebrating how far we have come and how far we have to go. But the “white lie” of America history would remain intact.

Black History Month, then, is more than a celebration of black achievement. It is a political and moral project that exposes the willful ignorance about black people that shapes American history and informs our present troubles.

Some 30 years ago, Coretta Scott King’s letter about Jeff Sessions sought to expose the tangible effects of our willful ignorance. Elizabeth Warren tried to remind the Senate of that fact as they debated Sessions’s nomination for Attorney General. But Mitch McConnell banned Warren from reading King’s words. In the name of civility, he preferred the lie. Black History Month reminds us, over and over again, that we all should reject it.

Here I am reminded of a particular scene in Ralph Ellison’s classic novel, Invisible Man. The narrator finds himself working at a plant in Long Island. Its big neon sign announces its purpose: “KEEP AMERICA PURE WITH LIBERTY PAINTS.”

The plant produces a brilliant Optic White paint “that’ll cover just about anything!” Its secret is exactly ten drops, no more or less, of black liquid. In fact, upon closer inspection, the intense white of Liberty Paints is actually diffused with gray — although the white supervisor doesn’t seem to notice.

Ellison’s allegory reveals the lie at the heart of America’s idea of itself: that no matter how we try to paint the history of this country, black people give it color and depth. That fact has been and is often hidden from view, because America, no matter what it says about itself or what demography portends, still holds on to the idea that this country is a white nation.

This idea requires a national refusal to remember. We tell ourselves a story, as David Brooks did in his recent op-ed about America’s return to national greatness, that blinds us to the ugliness of who we are. Brooks refuses to linger on those moments in our past that make Trump and his Muslim ban so familiar. “America culminates history,” he writes. One can only write such a sentence if your head is stuck in the sand or hovering in the clouds.

Black History Month reveals that “white lie” for what it is.

America’s myth has enabled what Toni Morrison calls a kind of disremembering, which blots out the pain of past events and horrible loss. We tell ourselves that ours is the chosen nation, the “shining city upon a hill”—that America is an example of democracy achieved. That is our myth.

To believe this, we have to forget that for much of this nation’s history black people have had to wage a relentless war against white supremacy. Forget about the strange fruit dangling from poplars, or the chalked outlines of the bodies of our loved ones shot down by police. Forget that women have had to struggle against patriarchy and its violence at home, at work, or just walking the street. Forget that our class structure is so rigid now that you have a better chance of winning the damn lottery than getting out of poverty and achieving the American dream.

Paul Beatty, the Booker prize winning author of The Sellout, has it right: “That’s the problem with history, we like to think it’s a book — that we can turn the page and move the fuck on.” Nothing can be further from the truth.

The yearly ritual of Black History Month ideally strips away the illusions of our national myth. It is a 28-day refusal to turn the page. If we learn the right lessons from the celebration, like the narrator in Invisible Man, we come away knowing, deep in our insides, that ain’t nothing pure about this place.

And that’s always a good place to start anew. 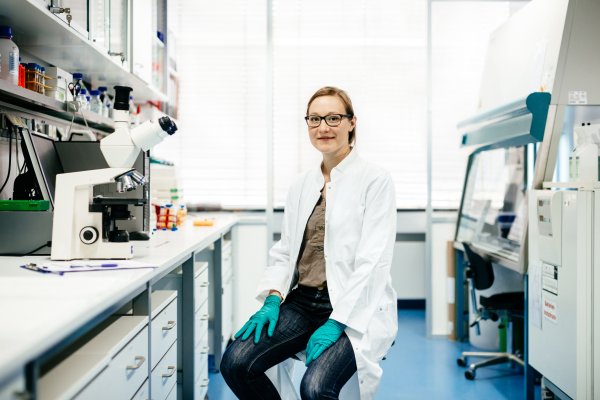 Why You Should Meet a Scientist
Next Up: Editor's Pick