Kanye West has deleted five tweets that reference President Trump from his Twitter. The messages, sent after West met with then-President-elect Trump at Trump Tower on Dec. 13, explained his reasoning for convening with Trump (“to discuss multicultural issues”), alluded to West’s own, well-documented presidential aspirations (“#2024”), and displayed the autographed copy of Time‘s Person of the Year issue Trump had presented West.

Though the high-powered Twitter user has deleted his tweets en masse before, his latest deletions were limited to his posts about Trump. An Oct. 21 birthday note for his wife Kim Kardashian and a Dec. 16 note promoting longtime collaborator Kid Cudi’s new album originally bookended the Trump messages; both remain on West’s Twitter.

West’s meeting with Trump capped a frantic month for the hip-hop star. Days after Trump won the presidential election on Nov. 8, West declared at a concert on his Saint Pablo Tour that he “would have voted for Trump.” He then canceled the tour’s remainder and was admitted to a Los Angeles hospital for exhaustion and sleep deprivation. Celebrities including John Legend and T.I. have condemned West for associating with Trump. 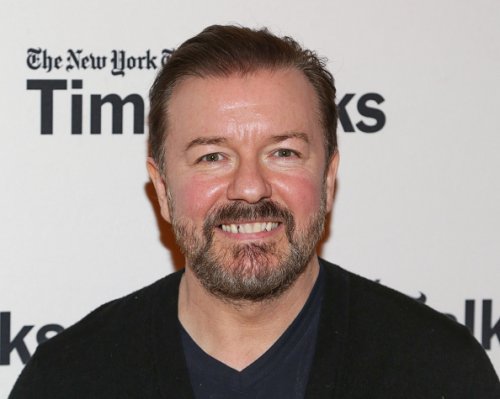 Ricky Gervais Just Joined in With J.K. Rowling to Mock Trump
Next Up: Editor's Pick