President Donald Trump claimed the “very, very dishonest press” does not report terrorist attacks during a speech to coalition representatives and senior U.S. military commanders at Tampa’s MacDill Air Force Base on Monday.

“They have their reasons and you understand that,” the President said in reference to several attacks across the U.S. and Europe — all of which were widely covered by U.S. and international media.

The President touched upon a number of topics during his speech, including a vow to make a “historic financial investment” in the U.S. Armed Forces, as well as a request for fellow NATO members to make “full and proper financial contributions to the NATO Alliance.”

Read a full transcript of his speech below. 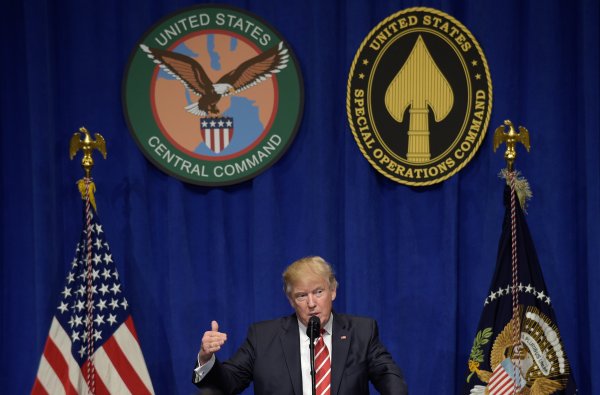 Trump Says Media 'Doesn't Want to Report' on Attacks
Next Up: Editor's Pick