Review: Legion Is a Dazzling Misfire

FX’s new series Legion sits at the nexus of several hot trends in television. Like Netflix’s Jessica Jones and Luke Cage, this superhero serial about a less-heralded X-Men brings a darker and more sophisticated edge to a comic-book character than most big-budget movies would dare. Unfolding in a manner that places a higher premium on visual grandeur and ambition than on moment-to-moment coherence, it recalls puzzle shows like The OA (Netflix) and Mr. Robot (USA). And it’s on FX, the network whose willingness to follow creative types (including Fargo and Legion creator Noah Hawley) down whatever rabbit hole they choose has made it, for the moment, TV’s top destination.

Which is why it’s both unsurprising and still a pity that Legion fails to connect. The show draws so hard on various indulgences currently granted to prestige TV that it exhausts itself in the attempt. Instead of simply eliding the classic appeals of television (character, plot development), the show tosses them over entirely in the pursuit of more and more striking imagery. The show follows the institutionalized David Haller (Downton Abbey‘s Dan Stevens, almost unrecognizably slimmed-down), who suffers from diagnosed schizophrenia, on a journey to the center of his psyche. Haller comes to learn that his disaffection from the human race may not entirely be due to his diagnosis. Indeed, he may just have powers entirely outside of the possible. Are they why he’s unable to see or comprehend the world around him as we know it? Or is the world itself behaving oddly, bending to his as-yet-unharnessed gifts?

We don’t know yet if Haller is misperceiving what he sees, which means the show either is or isn’t about mental illness and addiction. But in the show’s first three episodes, this question is never more than a brief diversion, likely because we know this show was made under the auspices of Marvel: Haller is not going to turn out to be just imagining the whole thing. And so, as though biding time before the eventual crossover, whole scenes unfold lugubriously, seemingly just to prove that they could be done. The show this recalls most strongly is USA’s Mr. Robot, which also deals in only occasionally interesting questions of reality; that show has aged poorly as it’s pursued endless bits of fringe around its edges while forgetting to tell what had once seemed to be its story. The fact is, there needs to be something more nourishing to an artwork than the question of whether what one is seeing is real—the answer, if it has any weight at all, gets that gravity from character and writing.

Hawley’s last season of television, the masterful second installment of Fargo, had moments of surrealism, ones that were intended to provoke questions as to the nature of reality. But moments like those (revolving around the presence of alien spacecraft intervening in the show’s Upper Midwest gang war) came only after the show had built out a world worth paying attention to. Here, we get truisms from Haller’s handler (Fargo‘s great Jean Smart, allowed to be little more than cryptic) that add up to little, interspersed with skittering through Haller’s web of associations, including a beloved sister (Katie Aselton) and junkie pal (Aubrey Plaza). It all adds up to a show that attempts to draw intrigue from discordant notes and from fractured narrative, but that gives us little to hang onto. The show is visually dazzling, well-acted, and even aurally interesting, and I concluded its first three episodes with no clue who David Haller is, aside from a vector for familiar and easy tropes around mental illness and a way to keep the spectacle churning.

This is the flip side of the growing willingness among cable and streaming outlets to allow for more and more innovation along lines dictated by creators. While I’m hardly stuck in the past, it’s hard not to feel as though a Legion a little less addicted to showy cross-cutting and visual splendor for its sake might have invested a bit more energy in figuring out who David Haller is. Until it does that elementary work, Legion is worth saving on your DVR but not, quite, worth taking the leap of investing real time. A show this ambitious shouldn’t take the easy way out when it comes to building a character worthy of being called a “hero.” 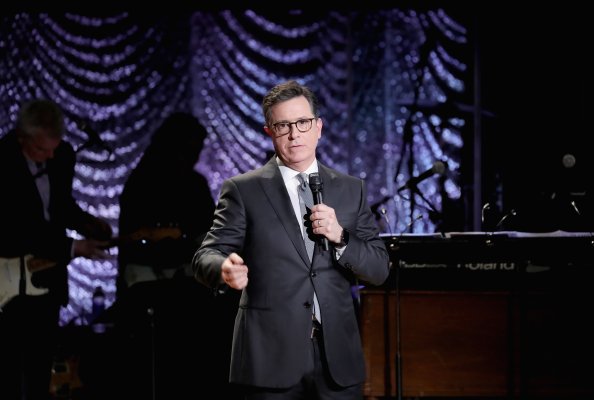