10 Weird Things That Can Affect Your Heart Disease Risk

Heart disease is the number one killer of both men and women in the United States, and more than 610,000 Americans die of it annually. That’s one in every four deaths. If you know even just a little bit about heart health, then the key risk factors aren’t all that surprising. They include high blood pressure, high cholesterol, smoking, being overweight, and a lack of exercise. But it turns out there may be more risk factors than you realize—many that aren’t so obvious. Here are 10 strange things that may affect your heart disease risk, for better or for worse.

The altitude where you live

A recent study published in the journal Frontiers in Physiology found that people living at high altitudes (between 457 and 2,297 meters) had a lower risk of developing metabolic syndrome—a cluster of heart-disease risk factors like high blood pressure, high cholesterol, and obesity—than those who lived at sea level.

There’s less oxygen in the air at higher altitudes, which may help the heart and lungs function more efficiently, the authors speculate. The possible connection is “interesting,” says Mary Ann Bauman, MD, a spokesperson for the American Heart Association and the Go Red for Women campaign (who was not involved in any of the studies noted here), “but requires more study to determine if there is a true association.”

How many kids you have

Women who get pregnant more than once have an increased risk of later developing atrial fibrillation, also known as a-fib, according to a new study in the journal Circulation. A-fib is a quivering or irregular heartbeat that can lead to blood clots, stroke, and other complications. In the study, women with four or more pregnancies were 30% to 50% more likely to develop a-fib compared to women who had never been pregnant.

The study authors say they don’t want to discourage women from having children, only that more research is needed to understand the connection. “We know that during pregnancy the heart gets larger, there are hormonal changes, the immune system is revved up,” says Dr. Bauman. “So maybe these same sorts of changes can also contribute to heart disease.”

Health.com: 5 Signs Your Hormones Are Out of Whack

Another new study in Circulation also found a link between heart disease and childbirth: Women who’d delivered a premature baby (before 37 weeks gestation) had a 40% greater risk of later developing cardiovascular disease, compared to those who’d had full-term pregnancies. Those who’d had a very early delivery, before 32 weeks, had double the risk of those who’d gone full-term.

Premature delivery isn’t a cause of heart disease, say the authors, but it is an important predictive factor. In fact, it may be a useful tool to identify young women at high risk for heart problems later in life.

People who regularly eat a morning meal tend to have lower rates of heart disease, high cholesterol, and high blood pressure, according to a recent scientific statement from the American Heart Association.

“There is a great deal of evidence to suggest that eating breakfast is important to cardiovascular health,” says Dr. Bauman. “When you skip this important meal, your risk of diabetes, elevated cholesterol, weight gain, and obesity all increase.”

Electronic cigarettes are somewhat safer than the real thing, but they’re far from harmless. A recent editorial in JAMA notes that e-cigarettes still contain chemicals such as formaldehyde and acetone, which can affect blood pressure regulation, promote blood clots, and accelerate the formation of plaque in the arteries.

E-cigarettes aren’t well regulated, says Dr. Bauman, so it’s not easy to know what other toxins they might be hiding. Plus, they contain nicotine. “Nicotine is a stimulant,” she says, “so we know it can increase heart rate and blood pressure.”

How good you feel about your body may affect your ability to take care of your heart. In a recent study in the journal Obesity, overweight women who had higher levels of “weight-bias internalization”—meaning they applied negative stereotypes about obesity to themselves—were more likely to have metabolic syndrome than those with low levels.

The results show that shaming people into getting healthy simply doesn’t work, say the researchers—and it may actually hurt them physically, not just emotionally. Instead of buying into the stigma, they say, challenge it by building confidence and working toward achievable goals.

You know doing cardio is good for your heart (just look at the name!), but there’s a growing body of evidence that strength training has important benefits for your ticker, as well. In a study published last month in the American Journal of Physiology, just one session of interval weight training improved blood vessel functioning in participants.

“We really recommend a mix of cardio, strength, and stretching,” says Dr. Bauman—“in part, because you avoid injuries that way, and in part because doing all three helps you get your best sustained effort.”

Researchers aren’t sure why this association exists, but they say that treating high blood pressure and other risk factors might also help relieve shoulder discomfort. Earlier studies have also found that people who suffer from carpal tunnel syndrome, Achilles tendonitis, and tennis elbow also have an increased risk of heart disease.

Your level of education

The more years of school people had completed, the less likely they were to have a heart attack in an Australian study published last year in the International Journal for Equity in Health. Adults with no educational qualification had more than double the risk of heart attack, compared to those with a college degree.

Getting a good education can impact heart health by influencing where people live, what type of jobs they get, how much money they make, and what food and lifestyle choices they make, the study authors say.

Having a more active amygdala—the area of the brain triggered during stressful situations—is linked to a higher risk of heart disease and stroke, according to a study published last month in The Lancet. Researchers believe that, when activated, this brain region also triggers inflammation in the arteries.

Experts have long suspected that stress can raise the risk of cardiovascular disease, says Dr. Bauman. “We don’t have a direct link yet, but we do know that chronic stress increases the release of epinephrine, or adrenaline, in your system, and we know that can lead to hypertension,” she says.

In summary, eating well, staying active, not smoking, and watching your weight are still the big factors you should focus on to reduce your heart-disease risk, says Dr. Bauman. “But certainly an overall pattern of moderation—and attention to the mind-body connection, which involves stress-related issues—is, overall, the best way to protect your heart,” she adds.

Correction: an earlier version of this piece misstated the name of the journal in which the first mentioned study was published. It was Frontiers in Physiology, not Frontiers in Psychology. 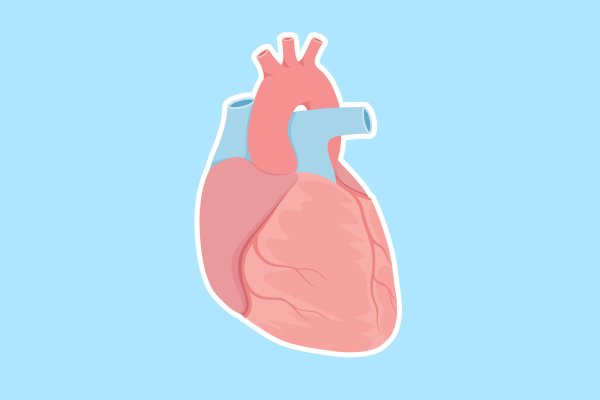 What It's Like to Have a Heart Attack in Your 20s or 30s
Next Up: Editor's Pick