NATO Leaders Will Meet With Trump in May

President Donald Trump waves to supporters after arriving on Air Force One at the Palm Beach International Airport for a visit to his Mar-a-Lago Resort for the weekend on February 3, 2017 in Palm Beach, Florida.
Joe Raedle—Getty Images
By TIME Staff

NATO leaders will meet with U.S. President Donald Trump in Europe in May, Washington says.

The meeting was agreed to in a Sunday call between Trump and NATO Secretary General Jens Stoltenberg, reports Reuters. The news agency cited a statement from the White House that said the two men “discussed how to encourage all NATO allies to meet their defense spending commitments.”

Trump has previously said that he wants America’s allies to pay more of the costs of their defense.

Stoltenberg and Trump also discussed the situation in Ukraine, where, according to Reuters, more than 40 people have been killed in renewed clashes. 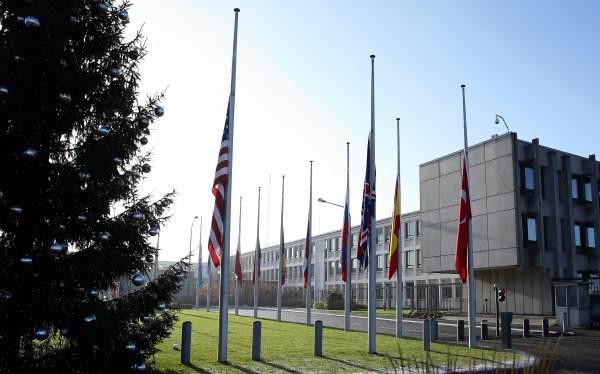 Reject False Prophets. Protect Our Allies
Next Up: Editor's Pick