Dozens Killed in Afghanistan and Pakistan Avalanches After Heavy Snowfall

Avalanches in Afghanistan and Pakistan left dozens of people dead over the last three days.

Afghanistan officials said the death toll following three days of heavy snow rose to 54 on Sunday. In Pakistan, 13 people were killed in an avalanche that buried five homes.

Nizamud Shah, commander of Chitral Scouts force in Pakistan, told the Associated Press that rescuers retrieved 13 bodies and are searching for survivors.

An Afghan man removes snow from his shop on the outskirts of Kabul on Feb. 5, 2017.
Omar Sobhani—Reuters

Mohammad Omar Mohammadi, spokesman for the ministry of natural disasters in Afghanistan, told the AFP 54 were killed in the snow and 52 were injured. He said 168 homes were destroyed and that 340 perished.

Officials said the death toll is expected to rise as rescuers have not yet reached some of the worst-hit areas in Afghanistan. 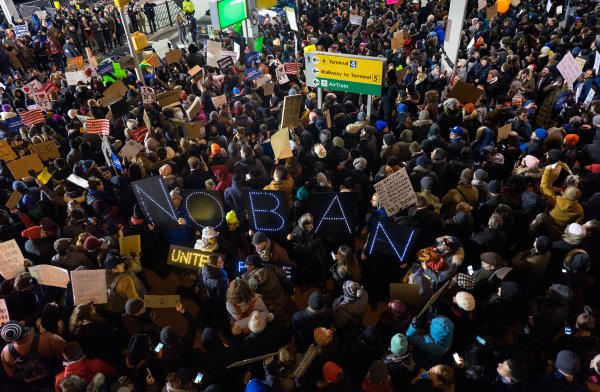 How Trump's Presidency Could Divide the Middle East
Next Up: Editor's Pick