Two weeks into Trump’s presidency, a majority of people (53%) disapprove of how he is handling the job, while just 44% approve, according to a CNN/ORC poll released Friday. Those numbers reflect the highest disapproval rating for a newly elected president since such figures were first tracked, according to CNN.

By comparison, former President Ronald Reagan’s initial approval rating of 51% was only slightly higher than Trump’s, but his disapproval rating (13%) was not nearly as high.

The poll results were sharply divided along partisan lines, with 90% of Republicans voicing approval for Trump and just 10% of Democrats saying the same.

CNN’s survey echoes the results of a recent Gallup poll, which found Trump to be the first president in the history of Gallup surveys with an initial job approval rating below 50%.

Since his inauguration, Trump has faced several high-profile protests, including a swift backlash to his immigration order last week. Americans surveyed by CNN were divided in their views on the immigration ban. While a majority (53%) said they oppose the order, 47% said they favor it.

The CNN survey of 1,002 adults, conducted between Jan. 31 and Feb. 2, has a margin of error of plus or minus three percentage points. 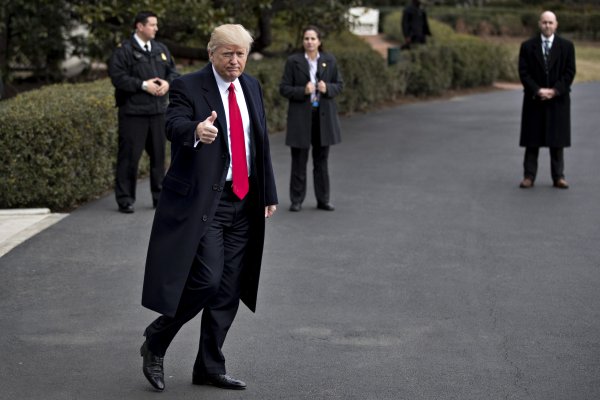