New Parent? These 8 Products Can Help

A 5 week old baby is yawning on April 19, in Buecheloh, Germany.
Thomas Trutschel—Photothek via Getty Images
By Chris Morris
Each product we feature has been independently selected and reviewed by our editorial team. If you make a purchase using the links included, we may earn commission.

Parenting is hard. Between exhaustion, the demands of the day-today world and plain old “baby brain,” new parents need all the help they can get.

Traditionally, parents rely on tried and true solutions when it comes to raising children, making child-rearing (at least in the early years) a pretty low-tech affair. But a new wave of products is hitting the market that might make soon-to-be moms and dads rethink that approach.

Every minute saved during the frustrating parts of raising a small person can mean either more fun times with your child or more time to rest. Here are a few new high-tech childrearing gadgets that could make the world’s hardest job just a little bit easier.

Nightlights are essential for parents checking on their babies, but they don’t always put out quite enough light to see during middle-of-the-night feedings or wake ups. And turning on the room’s overhead lights just ensures your child wakes up completely, which is no good either.

Rest is a combination night light and sound machine that helps soothe your young one to sleep. Parents can control the brightness and sound from their phone and put together themes (or choose from preset ones) to help nighttime routines. And as kids get older, the Rest includes an “Ok to wake” indicator, letting kids know when it’s appropriate to get out of bed in the morning (rather than jumping on you at 5 a.m. for no particular reason.)

If you’ve got a young child who has a fever, it’s important to monitor his or her temperature, even at night. On the other hand, the absolute last thing you want to risk is waking your son or daughter up, since it can be nearly impossible to get them back to sleep when they’re cranky.

TempTraq is a wearable smart monitoring patch that goes under the arm and constantly monitors a baby’s temperature for 24 hours, feeding that information to your smartphone, so you can keep an accurate record to share with the pediatrician if necessary. It’s a good way to both obsess over the fever and get a little rest at the same time.

The winner of Engadget’s Best of CES wearable award this year wasn’t a fitness monitor or a smartwatch, it was a breast pump. Willow reinvents the concept of the pump, making it easier for nursing mothers to multitask at home or the office. The pump fits inside a maternity bra and doesn’t require the use of hands. There are no cords or tubes and it’s much quieter than typical pumps. It also tracks output, while the pump’s bags can be immediately transferred to the freezer.

Pacifiers can be a controversial subject for some parents, but if your child uses one regularly, this combination pacifier/thermometer can be extremely handy when he or she is under the weather. They’ll get the security of sucking on a pacifier, while you’ll be able to regularly monitor their temperature. They will need to keep it in their mouth regularly, and it might be a bit big for some children, but it’s an easy way to see if a fever is on the rise.

Most parents know that newborns are supposed to sleep on their backs to prevent suffocation. Experienced parents will testify that newborns sometimes ignore this medical advice, despite parents’ best efforts. This smart sock works with an alert station to let parents know if there’s an issue with their child’s heart rate or oxygen level. When trouble arises, the base station will sound an alarm, while a notification is automatically sent to linked smartphones as well.

There are plenty of apps that aim to help parents. What makes Winnie notable is it scans your immediate location for kid-friendly places to help combat the whine of “I’m bored!” that so often echoes around homes with children.

Beyond just offering suggestions, Winnie will let you know which areas have changing tables, nursing stations, stroller access and more. The app has more than 100,000 locations in its database. Parents can also find other families in their area to ask for recommendations and advice.

Pumps are necessary tools for mothers who choose to breast feed, but they’re often quite uncomfortable. Naya won a 2017 Baby Tech award with this redesigned model that uses flowing water instead of air to power the pump. The result is a less painful, quieter experience that Naya says actually increases milk output by 29%. The system weighs just three pounds and has a battery that the company says should last for roughly two days.

There’s no ignoring the eye-popping price tag on this Yves Béhar-designed cradle. It instantly prices itself out of many parents’ leagues, but you do get a lot for your money.

The Snoo has an automatic responsive system that soothes upset babies with everything from white noise to a rocking motion that’s similar to what they experienced in the womb. If the baby doesn’t calm down in three minutes, the Smart Sleeper will stop its efforts, alerting parents they need to step in and make sure the child doesn’t need a change or something to eat. It also ensures newborns sleep on their back for the first six months thanks to a special swaddling suit. 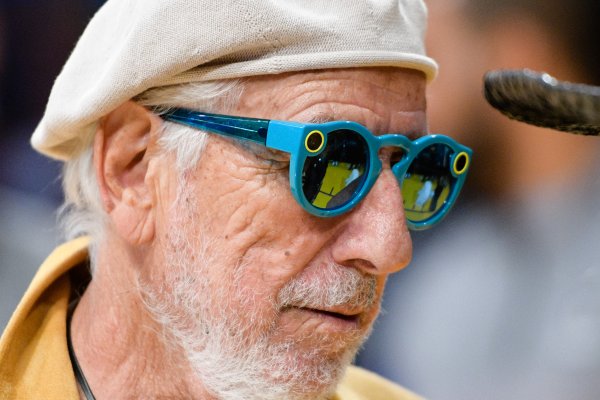 Snapchat Plans to Go Public and to Keep Pushing Spectacles
Next Up: Editor's Pick