Sony's Next PlayStation 4 Update Could Save You Money

Thinking about sinking $399 into a PlayStation 4 Pro because you’re worried the standard PS4’s 500GB of storage won’t cut it? There’s an update coming for Sony’s flagship consoles that just might change your mind, especially if you’re not yet convinced this whole 4K TV thing is for you.

Sony says its forthcoming PlayStation 4 update, dubbed “Sasuke” (perhaps after the Naruto character), will add external hard drive support. All you need is a USB 3.0 hard drive, says Sony marketing boss John Koller in a PlayStation Blog update. Hard drives of up to 8 terabytes are supported, and you can manage their data via the PS4’s “Applications Saved Data Management” menu. Koller notes that “all the applications saved in the external HDD will appear in the Content Launcher of the Home Screen so it’s easy to keep track of what apps you launched recently.”

With external hard drive support, you can take an existing external drive you might have lying around and plug it in. Or if you don’t yet have one, 1 terabyte external drives start in the $50 range, and you can find 3 terabyte models starting at under $100.

Maybe you’re eyeing a used $249 500GB PlayStation 4, or a new one for $299 and want storage expansion options on the cheap. Maybe you have a ton of games (The Witcher 3: Wild Hunt alone consumes nearly 70GB with expansions!) and prefer to keep them on the system because your Internet provider has restrictive download quotas (or, heaven forbid, you’re in the hinterlands linked by satellite). Perhaps you’re heavy into video capture using the PS4’s local tools, or maybe you just want to run backups.

Whatever the case, Sony adding external hard drive support is a big deal, as well as long overdue: Both the Xbox One, to say nothing of Nintendo’s Wii U, have supported external storage for years.

Sony says it’ll have more to say about launch timing in the coming weeks. For now, beta enrollees can download it starting today. 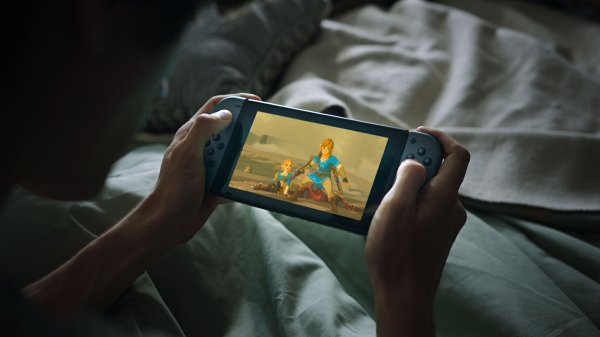