President Trump will direct the Department of Labor to indefinitely suspend the implementation of a controversial rule enforcing fiduciary responsibilities on personal financial advisers.

After a meeting Friday morning with a group of CEOs, Trump is expected to sign the presidential memorandum to stop the implementation of the so-called fiduciary rule before it is scheduled to go into effect in March. Trump will also sign an executive order requiring the Treasury Secretary and financial regulators to report back on ways to reduce regulations in the financial services sector.

“We want them to cease the implementation of this and completely review the fiduciary rule,” a senior White House official said.

“We think that this was a complete miss on what they were trying to do,” the official added. “It has taken away a huge variety of investment options for individual investors.”

The fiduciary rule has been at the center of a two-year battle between industry groups and federal regulators over how much responsibility financial advisers bear in managing individuals’ finances, like retirement accounts.

In 2015, President Obama directed regulators to compel financial advisers to abide by what’s known as the fiduciary standard, which requires them to provide guidance only with their clients’ interests in mind—rather than, say, with the intent of securing a bigger payout for themselves.

Industry groups, backed by many Congressional Republicans, objected to the rule on the grounds that many financial advisers would see their profits drop, leading to higher fees and fewer options for investors, and that the new standard would push the industry into legal chaos as investors filed lawsuits to decipher the bounds of the new rule. They also argued the rule was unnecessary, as most advisers already acted on their clients’ behalf.

“The industry has always felt that they were acting in client’s best interest,” the official added. “We actually think we’re giving consumers back what they want, which is the ability to invest in a variety of asset classes.”

Asked about the Obama Administration’s assertion that the fiduciary rule is necessary because consumers aren’t sophisticated enough to discern between the vast multitudes of investment options, the official said, “I think the average consumer has the ability to make those choices.”

The executive order for the regulatory review is largely symbolic, merely directing agencies and the Financial Stability Oversight Council to begin a regulatory review process. But the White House official lobbed a more pointed warning shot at the Consumer Financial Protection Bureau, which has long been a target of Republicans.

“We also believe that Dodd Frank in many respects was a piece of massive government overreach,” the official said. “It imposed hundreds of new regulations on financial institutions. It established an enormous amount of work and effort for financial firms. Some of the rules may have been unconstitutional, creating new agencies that don’t actually protect consumers.”

The CFPB’s constitutional status is currently under legal review. The agency was first created under the 2010 Dodd-Frank financial reform law and is an independent agency, outside of the direct purview of the executive branch. But in October, federal judges ruled that the fact that the agency is headed by a director who can only be fired for cause is unconstitutional. The court ordered the agency to be restructured as an executive agency. The CFPB appealed the case and the decision is pending.

The official did not rule out the president moving to fire CFPB director Richard Cordray, whose term runs through 2018.

The official said that Mnuchin and Trump’s nominee to head the Department of Labor, Andy Puzder, had been briefed on the actions. 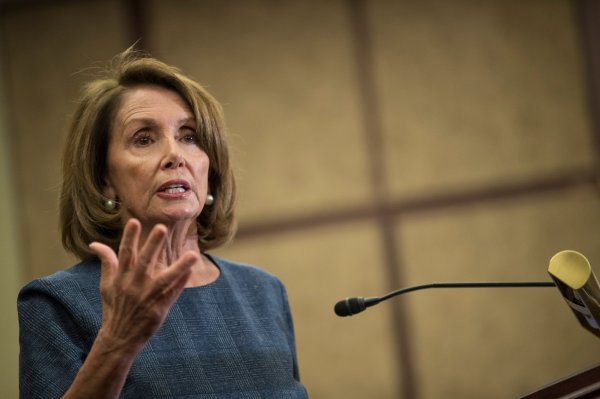