The 9 Most Disastrous Ways to Fly a Drone

Millions of drones were sold in the U.S. last year. Sales tripled from the previous year, and the holidays were expected to bring a 445% increase in sales. It is safe to say there is now an army of amateur pilots equipped with drones. Unlike planes and helicopters which require extensive training, drones can be flown straight out of the box and while the FAA requires all drones to be registered and drone pilots to have passed the Unmanned Aircraft General examination, most pilots fly without having done either.

As expected this leads to whole host of drone based disasters. Here’s a highlight of a few of the more impressive failures.

Don’t Fly a Drone Near Birds

For the sake of birds and your drones, hawks and other large birds are better avoided.

Or Near Aggressive Dogs

Do Not Fly Near Historic Landmarks

On top of flying near a 400-year-old world treasure, drones are not supposed to be operated before sunrise or after sunset.

Make Sure to Buy a Drone That Works

GoPro’s Karma drone was recalled this winter after the batteries were found to fail mid-flight. The problem has been addressed and the Karma is now being re-released.

Keep Your Drone Within Eyesight

The FAA requires drones to be flown below 400 feet as well as 500 feet below clouds. This looks like three to four times that height.

Avoid Flying Over Bodies of Water

This is not a rule as much as it is a word of advice. GoPros may be waterproof but drones are not.

Do Not Fly Over Groups of People

Any incidents that cause serious injury or damage over $500 should be reported to the FAA within 10 days.

Or a Farmer With a Gun

Finally, Firing Fireworks From Your Drone is Not the Best Idea

Drones are prohibited from carrying hazardous material. This rule is in place to keep your drones safe from harm and your friends safe from you. 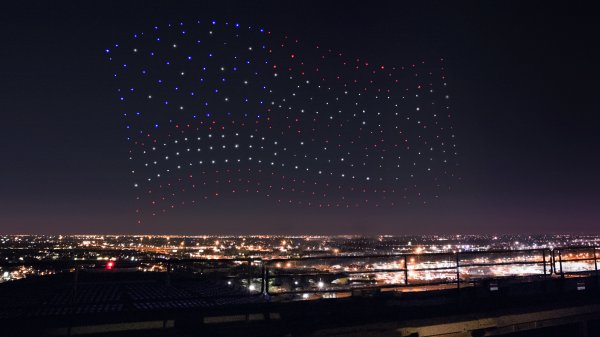