Women, Men and the Way We Write About Depression

Farrar, Straus and Giroux
Ideas
By Daphne Merkin
Daphne Merkin is the author of the forthcoming book This Close to Happy: A Reckoning with Depression

A woman is standing in her kitchen, making a pot of coffee, spooning out the pungent overpriced ground beans from their snappy little aluminum bag into a paper filter, trying to remember what number tablespoon she was on—four? six? three?—before the dark thoughts began tumbling in, doing their wild and wily gymnastics: You shouldn’t, you should have, why are you, why aren’t you, there’s no hope, it’s too late, it’s always been too late, give up, go back to bed, there’s no hope, the day is half gone, no, the day ahead is too long, there’s so much to do, there’s not enough to do, everything is futile, there is no hope.

What, she wonders for the zillionth time, would it be like to be someone with a brighter take on things, with a more sustainable sense of the purposefulness of his or her existence? Someone possessed of the necessary illusions—that things make sense and will work out for the better, especially if you cultivate your own garden—without which life is unbearable? Surely that person would be sticking with the coffee, not leapfrogging to suicidal desires at the first promptings of despair?

Depression is a global problem, affecting 350 million people worldwide; in the United States 16 million people had at least one major depressive episode in 2012, and in 2014 there were more than 40,000 deaths by suicide. And yet this is a sadness that no one seems to want to talk about in public, not even in this Age of Indiscretion. At cocktail parties, for instance, you can talk endlessly about attending AA meetings or your stint in rehab without raising any eyebrows. But just imagine trying to tell the truth about how you feel at an upscale social gathering, where everyone’s milling around, wine glass in hand, keeping a narrowed eye out for the next person, the person who isn’t you:

“Not fine. Very depressed, in fact. Can barely get out of bed. Have no idea what’s happening in the world lately and don’t much care.”

Who wants to hear it? We live in a society that is embarrassed by interiority, unless it is presented in a shrill, almost campy style under the aegis of the recovery movement, with its insistence on dramatic personal testimony. Rigorous self-reflection — a sober and nuanced wrestling with personal demons — has gone out with the great, vexed Victorians, like John Ruskin, Thomas Carlyle, and Matthew Arnold.

The woman is me, of course, but she might be anyone suffering from an affliction that haunts women almost twice as much as men, even though it is, curiously, mostly men who write about it. (They are also four times more likely to kill themselves than women are, though they are diagnosed as depressed and populate psychiatric units in far smaller numbers than women.) It’s always interested me that notwithstanding the far greater statistical occurrence of depression in women, men seem to cast larger shadows than women even here, as though their illness were evidence of a cultural rather than personal distress. In the literary male version of the depression narrative, the blackness of mood arrives mostly like a pox, without warning. There are exceptions to this model, such as the accounts by Andrew Solomon and Edward St. Aubyn, but usually there is no indication of gloomy temperamental leanings; instead the finger is pointed at a specific precipitating cause outside the self, such as the aftereffects of a significant death, or withdrawing from alcohol or a sleeping pill — or, again, of being diagnosed with a serious illness. One minute you are puttering about, being a highly successful writer or scientist; the next, you are seriously contemplating jumping off the Brooklyn Bridge. Or, conversely, there is no external cause at all: like Chicken Little, you wake up one morning to discover the sky is falling.

Men, that is, have cannily figured out how to sidestep the implication of moral failing that attaches to mental illness—as well as the specific criticism of self-indulgence that is attributed to more introspective accounts of this condition—by insisting on a force outside themselves, or on a purely genetic susceptibility. The female version, by contrast, tends to tip the other way. As epitomized by Anne Sexton’s poetry and Sylvia Plath’s The Bell Jar, female sufferers tend to take ownership of the condition of depression, accepting that it springs not only from errant biology but from a yawning inner lack—some elusive craving for wholeness or well-being.

For years now, I have been on the lookout for a report from the battlefield that matched my own experience of depression and have failed to discover one. Although the past two decades have seen a significant number of books that have taken up the issues of depression, both unipolar and bipolar, including Styron’s Darkness Visible, Susanna Kaysen’s Girl, Interrupted, and Kay Redfield Jamison’s An Unquiet Mind, it seems to me that these characterizations tend to bracket the episodes of breakdown or incapacitating depression within unimpeachable demonstrations of the writer’s otherwise hyperfunctioning existence. This characterization allows the reader to see depression as fascinatingly rare and abnormal, rather than as the all-too-common, unexotically normal psychological albatross it often is, against which one tries to construct a flourishing self.

I try to think of my experience of depression as “the dark season,” in part as a gesture of hope that it will depart just as it has arrived and in part as an effort at prettifying a condition that is wholly unaesthetic. When it comes, it doesn’t help to remind myself that I’ve been here before, that the place isn’t entirely new, that it’s got a familiar stale smell, a familiar lack of light and excess of enclosure. It doesn’t help to think of the poor or lost or blighted, of people being tortured in Syria, starved in the Sudan, or beaten in Baltimore. What I want to know is how I will ever get out from under, and whether there is really any other kind of season. You see, down here, where life hangs heavy like a suffocating cloak, I can’t remember that I’ve ever felt any other way. I need to be reminded that there are reasons in the world to hold on, even if I have forgotten them; I tell myself if I can just hold on I will remember them, these reasons, they will come back to me.

Excerpted from This Close to Happy: A Reckoning with Depression by Daphne Merkin, published by Farrar, Straus and Giroux. Copyright © 2017 by Daphne Merkin. All rights reserved. 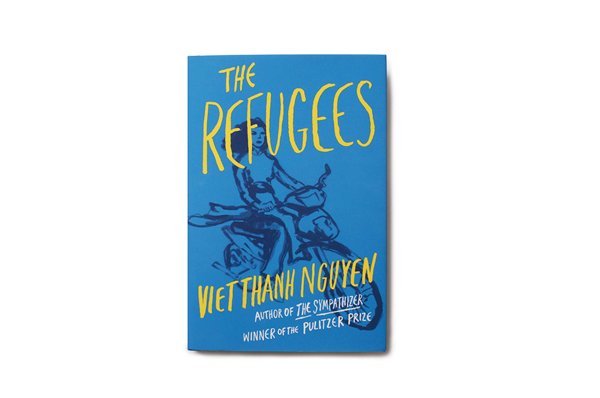 Pulitzer Winner Viet Thanh Nguyen on His New Book The Refugees
Next Up: Editor's Pick