Actress and UNHCR special envoy Angelina Jolie talks during a visit to a Syrian refugee camp in Azraq in northern Jordan, on Sept. 9, 2016.
Khalil Mazraawi—AFP/Getty Images
By Abigail Abrams

The actress, who is also a special envoy to the United Nations High Commissioner for Refugees, wrote that “implying Muslims are less worthy of protection” inadvertently fuels extremism. In which case, she believes the response to Trump’s ban “must be measured and should be based on facts, not fear.

“’America is committed to the world because so much of the world is inside America,’ in the words of Ronald Reagan,” Jolie wrote. “If we divide people beyond our borders, we divide ourselves.”

Both Democratic and Republican lawmakers have spoken out against Trump’s ban, and protests erupted around the country after it went into effect last weekend.

Jolie emphasized that, as a mother of six adopted children, she wants to make sure the country is safe. But the current policy, she argued, will do more harm than good.

“We can manage our security without writing off citizens of entire countries — even babies — as unsafe to visit our country by virtue of geography or religion,” Jolie wrote. 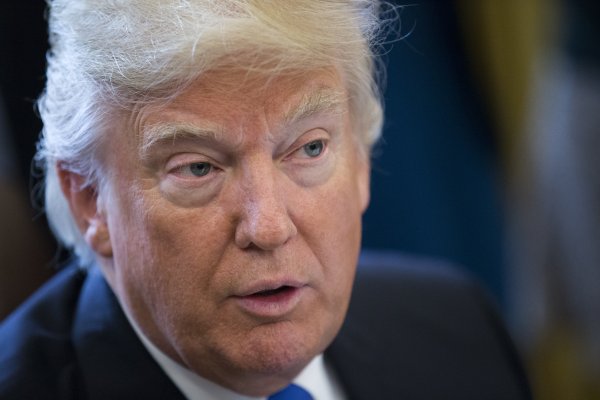 Most Don’t Think Immigration Ban Will Make Them Safer
Next Up: Editor's Pick