Frank Gehrke, chief of the California Cooperative Snow Surveys Program for the Department of Water Resources, plunges the survey tube into the snowpack as he conducts the first snow survey of the season at Phillips Station near Echo Summit, CA, on Jan. 3, 2017.
Rich Pedroncelli—AP
By Justin Worland

The average snowpack across California hit 173% above average Thursday thanks to eagerly awaited drought relief from several strong storms, according to a report from state water monitors.

The news is welcome relief for officials in a state that has spent the last five years combatting the effects of an intense drought. Drought stretched across the entire state at this point last year, according to data from federal drought monitors. New figures released this week show 70% of the state drought free.

The high snowpack in the state’s Sierra Nevada mountains is particularly good news for California as melting snow provide a third of the state’s water supply during the spring and summer, according to an LA Times report.

Officials in the state welcomed the news but remained cautious about water conditions in the state. When to end the state of the emergency remains under consideration in the governor’s office. “We’re halfway through our wettest season, and conditions have been encouraging,” Jeanine Jones, California’s interstate water-resources manager, told TIME in mid-January. “I would say we’re cautiously optimistic.” 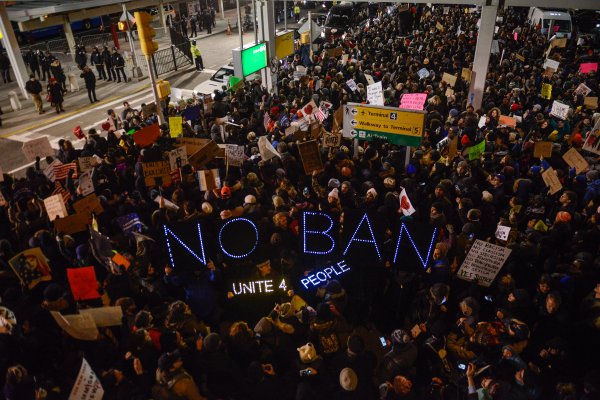 Green-Card Holders Afraid to Leave U.S. After Travel Ban
Next Up: Editor's Pick