See Who Sits Closest to President Trump in the White House

After moving into the Oval Office, the real estate developer has had some new properties to divvy up: the offices around him.

Competing power centers are nothing new in the West Wing, and offices right next to the President’s are typically coveted spots.

Among those with the closest proximity to power: Spokeswoman Hope Hicks, Trump’s son-in-law Jared Kushner and senior advisor Steve Bannon.

Here’s a look at where some of the key players in the White House have offices.

Click a circle or select a name from the dropdown to zoom in. 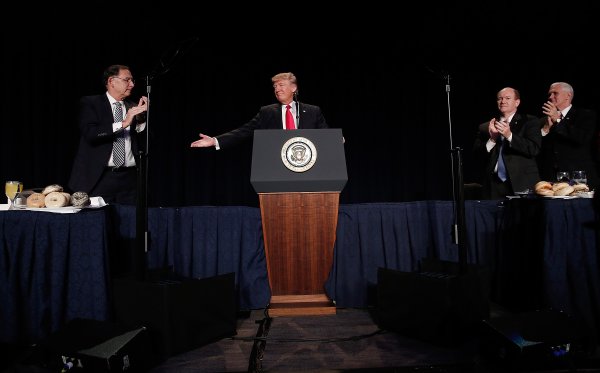 President Trump Plugs The Apprentice at Prayer Breakfast With Dig at Arnold Schwarzenegger
Next Up: Editor's Pick