Audi's Super Bowl Ad Is All About Gender Equality

In an Audi ad slotted to air during the Super Bowl, a father watches his young daughter compete in a downhill cart race, then considers the gender issues that still exist today. “What do I tell my daughter?” he asks. “Do I tell her that despite her education, her drive, her skills, her intelligence, she will automatically be valued as less than every man she ever meets?” Spoiler: His daughter wins the race, and the duo drives off toward the horizon as the sentence, “Audi of America is committed to equal pay for equal work,” flashes across the screen. The spot is part of Audi’s new #DriveProgress campaign, which the company told AdAge will be used over the course of 2017 to promote new initiatives.

In order to follow through on the message of gender equality, the company hired female director Aoife McArdle to oversee the advertisement. “It goes without saying that we should be blind to gender and race,” McArdle said in a statement, according to AdAge. “People’s merit can’t be predetermined on the purely superficial. It’s commendable that Audi is committed to implementing equality in the workplace. Hopefully other leading brands will follow suit.”

However, women only make up approximately 12% of Audi’s corporate leadership, showing that the company still has some strides to make when it comes to representation within its own ranks. “In 2017 and beyond, we continue to support pay equality and pledge to put aggressive hiring and development strategies in place to increase the number of women in our workforce, at all levels,” said Loren Angelo, the vice president of marketing at Audi of America. But it’s a big step forward that the company is using its biggest advertising moment of 2017 to discuss gender. Hopefully, this will start some important conversations at Super Bowl parties across the country. 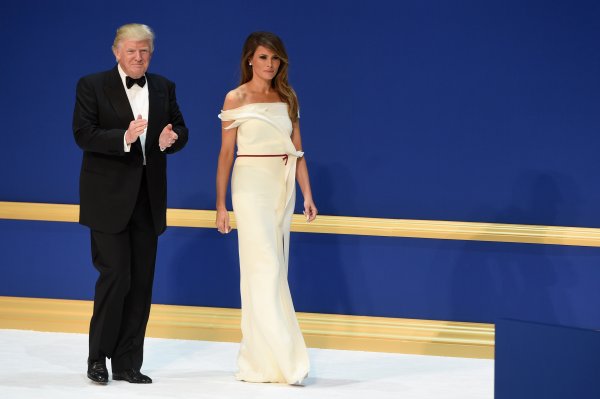 Melania Trump Hires Her Chief of Staff
Next Up: Editor's Pick