Betsy DeVos, President Donald Trump's pick to be the next Secretary of Education, testifies during her confirmation hearing before the Senate Health, Education, Labor and Pensions Committee on Jan. 17, 2017 in Washington, D.C.
Chip Somodevilla—Getty Images
Ideas
By Sen. Tim Kaine, Sen. Tom Harkin
Kaine is the junior Senator for Virginia and a former Democratic candidate for vice president. Harkin was a Senator for Iowa for 30 years and co-authored the Americans With Disabilities Act.

As a former chairman and current member of the Senate committee that focuses on education, we are deeply concerned by President Donald Trump’s nomination of Betsy DeVos.

Despite these rulings, the record of states to make education accessible to children with disabilities in subsequent years was dismal. Discrimination kept generations of children with disabilities from opportunities to become employed, be independent and achieve the types of lives to which all other Americans had access because they had the foundation of a public education. For that reason, in 1975, Congress passed the Individuals with Disabilities Education Act, or IDEA. The law ensures students with disabilities can exercise the right to a “free and appropriate education” in the least restrictive environment. Through IDEA, parents have the right to file suit if schools are not providing adequate instruction. The law also grants states $12 billion each year to help states meet the law’s requirements. While there have been real challenges with the federal funding commitment to IDEA, there is a national consensus that it is one of our greatest education and civil rights laws.

As the potential champion of all students in the country, including students with disabilities, DeVos should understand and protect the constitutional right of a child with a disability to an accessible and free public education, and she should embrace IDEA’s tools for ensuring those rights are realized. However, during her hearing, we watched in shock as DeVos first claimed that she “may have confused” IDEA with other laws and then stated that enforcing IDEA “is a matter best left to states.”

DeVos’ uninformed responses about IDEA made clear there are serious questions about her ability to serve and support children and youth with disabilities across the country. The United States currently serves 6.5 million students under IDEA, and any nominee without even basic knowledge of this landmark civil rights law is not fit to serve our nation’s students as Secretary of Education.

We have other concerns about DeVos as well. During her hearing, she would not commit to the collection of data about issues such as bullying, harassment and discipline. Students with disabilities experience these at a rate disproportionate to the general student population. We know from past experience that children and youth with disabilities are targeted by bullies, are harassed at numbers far greater than the average student and are disciplined, through such techniques as seclusion and restraint, at rates far in excess of other students.

As a result of unwavering commitment from both sides of the aisle, the opportunities for children, youth and adults with disabilities — in education, in society and in the workplace — have dramatically improved. The majority of students with disabilities are now educated alongside their peers, rather than isolated in separate learning classrooms or “special” schools. What’s more, since beginning to include them in accountability systems, achievement scores and graduation rates for students with disabilities continue to improve.

IDEA is one of many tools a bipartisan Congress created to protect the rights and opportunities of students with disabilities. However, the power of those policies is only as solid as those who implement and enforce them. The Department of Education carries out this critical role. DeVos implied that states should have oversight of such a basic civil right as access to education for students with disabilities. Her unfamiliarity with one of the largest programs she has been nominated to oversee causes us great concern about her ability to be Secretary of Education.

DeVos’s record on education issues, albeit limited, reinforces this concern. She has used her wealth to advance voucher policies that allow schools to require parents to sign away their rights in order to receive a portion of a private school tuition. She claims this advances “choice,” but choice without protecting civil rights and due process is truly meaningless. Evidence on the effectiveness of voucher programs for students with disabilities is non-existent because many states do not require participating private schools to report student outcomes. Without this, we can’t ensure these, or any, students are receiving the education they deserve.

As Senator Patty Murray said during DeVos’ hearing, “the Senate is not a rubber stamp.” It has a duty to carefully review the qualifications and intent of each nominee. We urge every Senator to take this task seriously, to work across party lines to protect the rights of students with disabilities, and to confirm a nominee who will be their champion and a champion of public schools. Betsy DeVos is not that nominee. 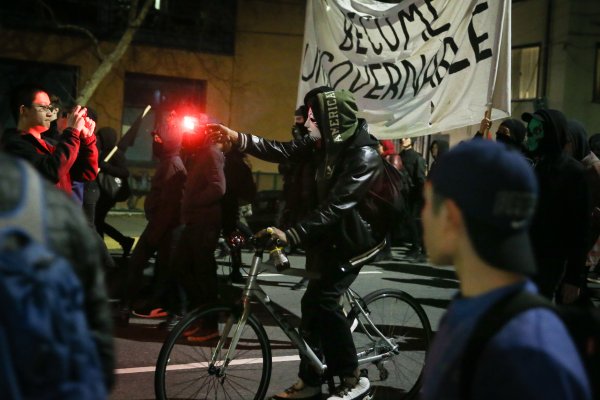