Punxsutawney Phil has seen his shadow.

The nation’s best-known groundhog predicted six more weeks of winter when he saw his shadow Thursday morning, predicting a longer winter, ABC News reports. The traditional Groundhog Day event at Gobbler’s Knob in Punxsutawney, Pa. is the biggest of several similar celebrations held across the country. The forecast is actually decided in advance by the Inner Circle of the Punxsutawney Groundhog Club, which is known for wearing tuxedos and takes care for Phil through the year. Phil has overwhelmingly predicted later springs, with earlier ones only having been predicted 18 times.

The festivities are rooted in an old German tradition in which it was believed that if the day was sunny and a hedgehog saw its shadow, the spring would come later. Settlers are thought to have brought the tradition to Pennsylvania. 2017’s event is the 131st celebration at Gobbler’s Knob. 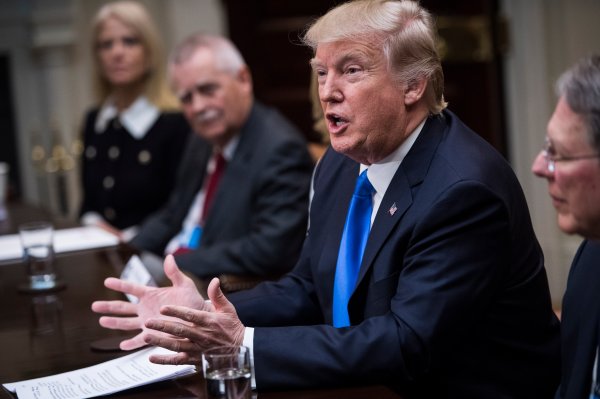 A Billionaire Resistance Targets President Trump from the Right
Next Up: Editor's Pick