President Donald Trump appeared to threaten withdrawing federal funding from the University of California at Berkeley after protests forced the university to cancel an event with Breitbart News editor and far-right speaker Milo Yiannopoulos.

Milo Yiannopoulos was scheduled to speak at the university after being invited by the Berkeley College Republicans. A statement released by the university said “about 150 masked agitators” had interrupted “an otherwise non-violent” protest and the university police had therefore decided to cancel the event. Yiannopoulos wrote on his Facebook page that “violent left-wing protestors tore down barricades.”

Berkeley received approximately $370 million for research in federal funding from 2015-2016, according to the university website. Yiannopoulos, a Trump supporter who styles himself as promoting free speech, was barred from Twitter last year for his role in inciting harassment against Ghostbusters actress Leslie Jones. Yiannopoulos is a senior editor at Breitbart, the website where Trump’s chief strategist Steve Bannon made his name. 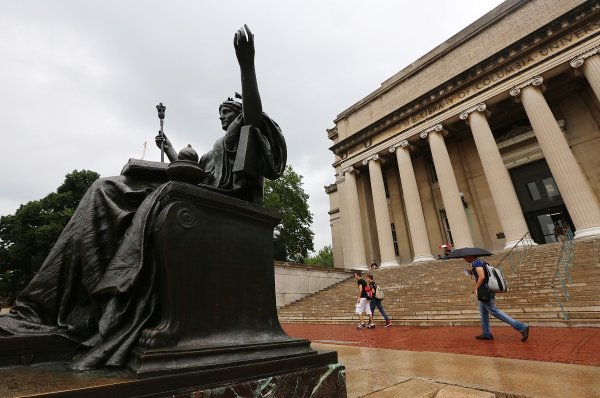 How Columbia University Benefited From Slavery
Next Up: Editor's Pick