Review: The Space Between Us

Robertson, left, and Butterfield: in The Space Between Us, love defies gravity
STX Entertainment
By Stephanie Zacharek

It’s risky to give a movie points for what it’s trying to be, rather than what it is. In the sci-fi romance The Space Between Us, Gardner (Asa Butterfield), a 16-year-old who has lived on Mars all his life, falls in love with an Earth girl, Tulsa (Britt Robertson), whom he’s met via the Internet. She’s a foster teenager living in Colorado; he’s stuck on the Red Planet, having known no other life. His mother, an astronaut who was one of the planet’s first colonists, died giving birth to him. When this lanky, awkward Martian gets the chance to travel to Earth, where he can meet his crush face-to-face, he leaps. But not everyone thinks Gardner belongs there. And so he and Tulsa take off on an escapee’s road trip, zipping along America’s majestic winding highways in a “borrowed” vehicle. Freedom, they say, is just another word for nothing left to lose.

If you dare to keep track, the dumb stuff in The Space Between Us piles up quickly: Gary Oldman, playing a supremely wealthy Elon Musk–style space enthusiast, spends part of the time loitering dejectedly around his spacious luxury pad, looking forlorn in his rich-guy jogging pants. But it’s not as easy to make fun of the mild sweetness at the heart of the movie. Director Peter Chelsom (Hear My Song, Serendipity)–tunes it to the wavelength of Gardner’s isolation. When the kid first arrives on Earth, sunlight is so bright for him that he has to wear superdark, boxy, old-people sunglasses–a fashion fate worse than death for normal teens, though he doesn’t know any better. Before long, he trades them for something hipper. But no matter what, a gangly, science-fixated nerd from Mars is always going to be just a little bit square–and thank goodness for that. 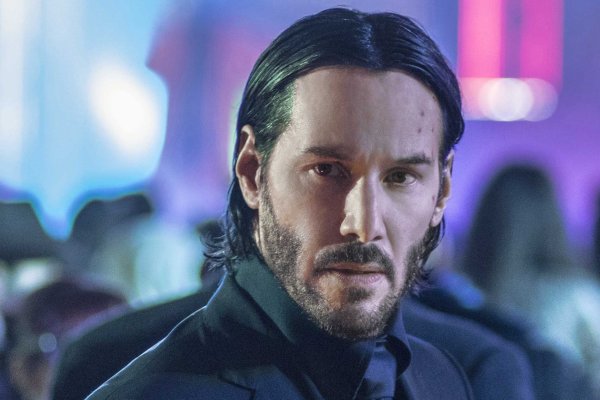