President Trump will honor his pledge to build a border wall, and he has answered Mexico’s refusal to pay for it with threats of a 20% tax on Mexican imports. He says he’ll renegotiate NAFTA, and Mexicans fear he’ll try to limit investment in their country’s manufacturing and automotive sectors to revive those industries in the U.S. So how will Mexico respond? It could answer Trump by electing a populist firebrand of its own–a President of the left who vows to punch back.

Mexico’s current President, Enrique Peña Nieto, had plenty of problems long before Trump entered the White House. Corruption scandals and his failure to put an end to Mexico’s bloody drug wars have driven his poll numbers down in recent years. His approval stood at 12% as 2017 began, according to a survey published by the newspaper Reforma, amid inflation, currency volatility and a stagnant economy. Public rage reached a boiling point in January when dwindling state revenues forced Peña Nieto to slash government fuel subsidies, abruptly hiking gasoline prices on consumers by up to 20%. Protests and looting followed.

Peña Nieto’s legacy will likely be marked, however, by his inability to defend his country’s dignity from Trump’s threats. Already term-limited, he is now well on his way to political irrelevance. Yet Trump’s aggressive push will have a discrediting effect on Mexico’s entire political class, creating a golden opportunity for a populist presidential candidate in the 2018 presidential election.

Enter Andrés Manuel López Obrador, a veteran leftist who has promised to hike public spending, tackle corruption and–crucially–stick it to Donald Trump. “Enough of being passive,” he said recently. “We should put a national emergency plan in place to face the damage and reverse the protectionist policies of Donald Trump.” López Obrador has run unsuccessfully for the presidency before, in 2006 and 2012, with the center-left Party of the Democratic Revolution. But under the banner of his new, left-wing Morena party he is polling ahead of his 2018 rivals. A President López Obrador wouldn’t make Mexico the next Venezuela and would be unlikely, despite his promises, to reverse Peña Nieto’s much-needed energy-sector reform. But he would bring consistent opposition to Trump and foster a more general anti-U.S. sentiment.

If you don’t know what the former Mexico City mayor looks like, you will soon. To dramatize his scorn for Trump, López Obrador will tour major U.S. cities with large populations of citizens of Mexican origin in February. Trump might start to wish he had made a quicker start on that wall. 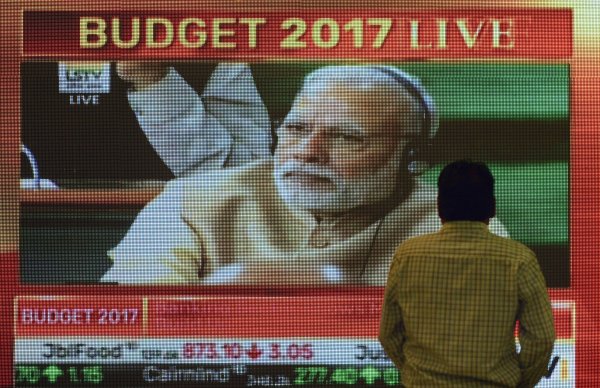 India's Leader Boosts Spending to Distract From Cash Crisis
Next Up: Editor's Pick