Viet Thanh Nguyen had a pretty spectacular 2016: his debut novel, The Sympathizer, about a Vietnamese double agent who goes to California after the Vietnam War, won the Pulitzer Prize after selling only 22,000 copies in hardcover. Thanks to that and other plaudits, the book has now sold almost 400,000 copies.

Nguyen hasn’t wasted time putting out a follow-up, though it was a long time in the making–20 years, in fact. Nguyen started writing The Refugees, a short-story collection, in 1997 and didn’t finish it until 2014. Again, he focuses on Vietnamese immigrants who go to the States after the fall of Saigon. Ghosts and grocery-store owners, professors and prodigal daughters populate the pages. Some of the stories seem to resonate with his own childhood as a refugee of the Vietnam War, arriving in the U.S. in 1975. After several years of separation, his family settled in San Jose, Calif., where they opened a Vietnamese grocery store.

While his parents remain in San Jose, Nguyen, 45, lives in Los Angeles with his wife and son and teaches English and American studies at the University of Southern California. He wrote most of The Refugees before he started The Sympathizer and says he developed his fiction-writing process with the short stories. After he showed his editor, Peter Blackstock, the manuscript, Blackstock said, “These are good. They’re ready to go.”

Although the stories deal with the effects of the Vietnam War, they feel timely as Americans once again debate the fate of refugees. “I wanted to make the point through the title that the xenophobia and the fear that so many people have for a contemporary refugee from the Middle East, for example, is very ahistorical,” Nguyen says. “The majority of Americans did not want Vietnamese refugees in 1975, and yet at this point in time I think that’s been forgotten, and instead Vietnamese Americans are often held up as examples of the positive aspects of immigration.”

Perhaps it’s because groups like Vietnamese Americans are touted as success stories that their societal frustrations get overlooked. Resentment of U.S. imperialism boils throughout The Sympathizer, even as the narrator enjoys free markets and free morals in Los Angeles. “Asian Americans have been perceived as not being angry, even though that’s not true,” says Nguyen. At the same time, they “know their entrée into American society is to be respectable, to be quiet, to be smart, to be articulate. If they do these things and be the model minority, they can be accepted.” He questions that approach. “In terms of being angry in my fiction writing, it’s not simply to say, ‘I want the same privileges as a white man.’ It’s to say, ‘I want to question those privileges altogether.'”

The novel’s title serves double duty–the narrator is a communist sympathizer but feels connections even with his enemies. Nguyen sees no similar capacity in America’s polarized politics: “People on the left are arguing for sympathy and empathy for those who are considered different from the mainstream.” Donald Trump makes a similar plea, Nguyen says, “but he means it for the people he considers to be Americans.”

Nguyen, who’s at work on a sequel to the novel called The Committed, wishes more American authors would engage with these questions. Noting exceptions like Junot Díaz, Maxine Hong Kingston and “the entire African-American literary tradition, which I think has played the role of America’s conscience,” he says he regrets that American literature is “not very political.” But he believes change is coming: “The election of this new President has galvanized the literary population. Writers have started to mobilize to a degree that we haven’t seen since probably the 1960s and the Vietnam War.” 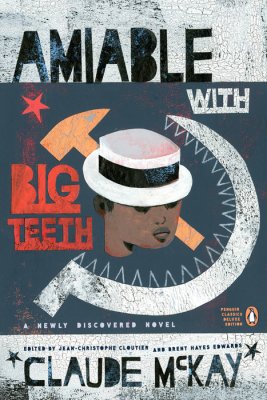 A Found Novel of Harlem Works As a Time Capsule
Next Up: Editor's Pick