On Feb. 1, the government of India’s Prime Minister Narendra Modi unveiled its latest annual budget, laying out its plans for taxing Indians and state spending in the year ahead. The timing was important.

Months earlier, in November, Modi surprised Indians by suddenly withdrawing 86% of the banknotes in circulation, triggering a nationwide currency shortage that hit the poor the hardest in an economy that where only a small minority of the population had ever paid for anything with credit cards or checks or via digital means. Businesses suddenly found themselves unable to pay wages and countless Indians were forced to endure long queues at banks and ATMs to exchange worthless old notes for newly issued currency.

Even as the government insisted that the move was necessary to tackle India’s long-standing problem with untaxed wealth and corruption, most evidence from around the country pointed to a slowdown in growth, as companies laid off workers and migrant laborers already struggling to eke out a living were forced to go without wages.

The budget came just days ahead of the start of a series of key state-level elections, including those in Uttar Pradesh (UP), India’s largest state, where Modi is hoping for a win to underline his political strength. The next national election is still years away, in 2019. But a rout in UP — the results are out in early March — would dim Modi’s aura on the national stage, potentially encouraging the Prime Minister’s rivals, both inside his ruling Bharatiya Janata Party (BJP) and among the opposition.

Against this backdrop, many observers expected the budget to come loaded with political giveaways and eye-catching announcements to shore up Modi’s electoral base, along with measures to revive growth. Here is what happened:

1. There will be higher spending on rural voters, whom Modi needs to win UP and other key states

The government said it was going accelerate spending on some of India’s poorest citizens — the group that has suffered the most as a result of the cash ban. Rural farm spending was hiked by 24%, while the middle class was targeted with a chunky income tax cut — from 10% to 5% — for those drawing annual incomes of between $3,700 and $7,400. “My overall approach … has been to spend more in rural areas, infrastructure and poverty alleviation,” Modi’s Finance Minister, Arun Jaitley, said, as he tabled the budget in the Indian Parliament. Mindful of keeping a check on the shortfall between government spending and the amount it earns from taxes, Jaitley also announced a new 10% surcharge for higher-income taxpayers. There was also a tax cut for small businesses.

2. But no big-bang reforms. Modi’s officials are adopting a cautious stance on an economy still reeling from the cash ban

Just weeks ago, the International Monetary Fund shaved one percentage point off India’s growth forecast for this year, lowering it from 7.6% to 6.6%, as the cash crunch hit economic activity. Jaitley also highlighted other challenges facing emerging economies like India, from higher U.S. interest rates to rising oil prices. The result, some critics say, was “a middle of the road” budget. With the full impact of the cash ban still not clear, the government also had limited room for maneuver.

“It is yet another budget with the same problem,” says Mohan Guruswamy, a prominent economic commentator and former Indian Finance Ministry official. “They didn’t deal with our biggest problems, such as a lack of jobs in the economy [with around 1 million Indians entering the workforce each month].”

Partly, he says, this was down to the more risky global economic outlook. But the government is also constrained by the slowdown in growth caused by the cash ban. One study by a leading manufacturing industry body, for example, said that in the weeks after the cash ban, smaller companies had seen double digit dips in revenues. These were accompanied by significant job losses of around a third in certain sectors.

“None of the potential gains, from a higher tax take to other windfalls [from the cash ban], seem to have materialized,” Guruswamy adds. Instead, the impact seems to be mostly negative, for now.

“[The economy] is like a business. If you make a huge loss, the chances of recovering that loss immediately are quite remote. You’ve lost [a significant chunk] of your GDP [as a result of the cash ban]. That’s a lot of money. You can’t recover it immediately. It will take time.”

3. Moves were made to make political funding more transparent, but analysts remain skeptical

Although the government said its cash ban was part of an effort to tackle untaxed wealth or “black money,” analysts have repeatedly highlighted the need to reform political finance to deal with the issue, with political parties believed to rely on illicit cash to fund increasingly expensive election campaigns.

Jaitley promised to move in this direction with changes to how much cash parties to could take from individuals. Until now, parties did not have to report donations of up to around $300. The budget lowered that figure to just under $30, among other changes to the way parties can bank donations. But the move is unlikely trigger any significant changes in the way political parties raise funds.

“This doesn’t make any sense. If you’re going to create any arbitrary threshold [for cash donations], people will find a way to game the system,” says Milan Vaishnav, an analyst at the Carnegie Endowment and author of When Crime Pays: Money and Muscle in Indian Politics.

Vaishnav cites the example of one regional political party in UP which for the past decade has claimed that “there is not a single donor they have that gives more than [$300].” “I suspect next year they’ll say the same for [$30 donations],” he explains. “If you’re not required to keep any records for donations below [$30], then what difference does it make?” 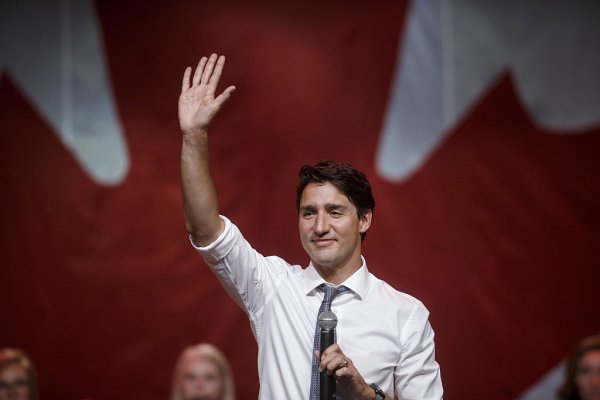