About 100,000 Pittsburgh residents have been unable to drink tap water without boiling it first because of potential contamination concerns.

The Pittsburgh Water and Sewer Authority issued an advisory Tuesday after the Department of Environmental Protection discovered low levels of chlorine in the water at a reservoir and distribution facility.

The advisory continued Wednesday, as the PWSA warned that the water could be contaminated by giardia, a microscopic parasite that can thrive in low chlorine levels. However, officials said Wednesday there was no evidence of giardia entering the water supply.

“No contaminants have been found, detected in our water system,” Bernard Lindstrom, interim executive director of the water authority, said during a news conference on Wednesday.

Lindstrom said the first round of testing showed that all the indicators are stable and that chlorine levels are increasing.

The scale of the advisory recalled the water crisis in Flint, Mich., where elevated levels of lead in the water affected the entire city of about 100,000. Flint’s water lead levels dropped below the federal limit in January. 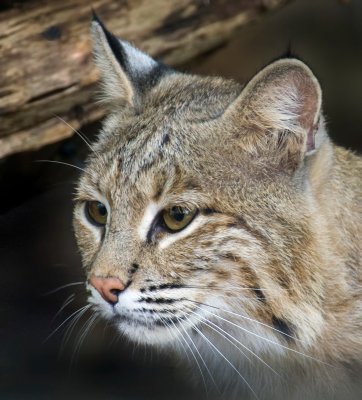 That Escaped Bobcat Was Finally Found. It Was at the Smithsonian Zoo the Whole Time
Next Up: Editor's Pick