Sex drive and sexual satisfaction are complicated issues—and there are countless factors that can affect them, especially as couples get older. But new research suggests that if you’re not enjoying sex as much as you used to, your sleep patterns could be one possible reason.

Compared with women who got the recommended seven to eight hours of sleep a night, those who reported sleeping less were also less likely to engage in sexual activity with their partners in a new Mayo Clinic study. They also reported lower levels of sexual satisfaction, on average. And those who scored higher on insomnia screenings also had lower sexual satisfaction, even though they didn’t have less sex than normal sleepers.

“There have been a lot of studies looking at how insomnia affects things like daytime fatigue and concentration, and I suspect these same effects also impact sexual functioning,” says lead author Dr. Juliana Kling, a women’s health physician at the Mayo Clinic in Scottsdale, Arizona. It’s not surprising, she adds, that women who have trouble sleeping are too exhausted to enjoy sex.

The study looked at data from almost 100,000 post-menopausal women, ages 50 to 79. More than half (56 percent) of the women reported being somewhat or very satisfied with their current sexual activity, and 52 percent reported having sexual activity with their partner within the last year.

It’s common for women to have problems with both sleep and sexual functioning during and after menopause, says Kling, so she’s unable to say whether the connection between the two would also apply to men or to younger women. But other research has suggested a broader association, she points out—including a 2015 study in which college-aged women who got more sleep at night had higher levels of genital arousal the next day.

Sleep problems often get worse with age, and they can also contribute to (or be symptoms of) health issues including heart disease, high blood pressure, and depression. So to make sure sleep was independently related to sexual satisfaction—and that both aren’t just caused by other factors—the researchers did two different calculations adjusting for things like chronic illness, age, marital status, smoking status, use of antidepressants, and high stress levels.

In both analyses, the relationship remained—although the authors acknowledge that they weren’t able to control for all potential influencers, and that the study is still not able to determine a cause-and-effect relationship.

The study was published Wednesday in the journal Menopause. Kling says its findings should serve as a message to women that getting enough sleep—and good-quality sleep—should be considered an important component of sexual functioning.

“If a patient tells me she’s having a sexual health issue, she doesn’t usually think to talk about her sleep,” she says. “This research points out that there might be a correlation there, and that it may be worth addressing.”

That means figuring out why a woman’s not sleeping as well as she should be, says Kling—which can be tricky, especially in older women who may have other health or lifestyle issues going on.

It might include testing for sleep apnea, treating menopausal symptoms like hot flashes, or discussing sleep hygiene strategies to reduce insomnia. “I wish we could give everybody a magic pill and solve everyone’s sleep issues,” she says. “But the treatments really need to be individualized, and decided on between you and your doctor.” 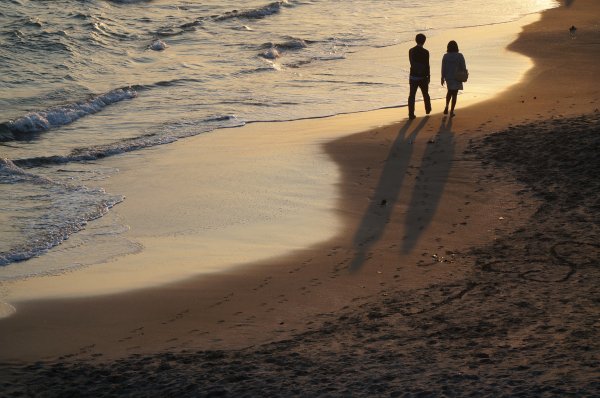 How Your Partner Can Help You Sleep Better
Next Up: Editor's Pick