President Trump Thinks Republicans Should Get Rid of the Filibuster, If They Have to

Addressing reporters in the Roosevelt Room about the potential of Democrats depriving his nominee of the 60 votes needed to break a filibuster, the president said, “If we end up with that gridlock, I would say, if you can Mitch, go nuclear.”

The nuclear option was almost completely invoked during the time Senate Democrats were in the majority during the Obama Administration, as the filibuster was ended for all presidential nominations except for the Supreme Court. Senate Republicans are contemplating eliminating the filibuster for the even the High Court if Democrats deprive Gorsuch of a vote.

“That would would be an absolute shame if a man of this quality was put up to that neglect. I would say it’s up to Mitch, but I would say, ‘Go for it,'” Trump continued.

Democrats are trying to calibrate their opposition to Gorsuch, who Republicans are casting as a “mainstream” selection to the seat opened up after Justice Antonin Scalia’s death. Republicans blocked Obama’s nominee, Merrick Garland, for more than 10 months, prompting some Democrats to want to exact retribution. But ending the filibuster entirely would deprive Democrats of leverage over future Trump Supreme Court appointments. 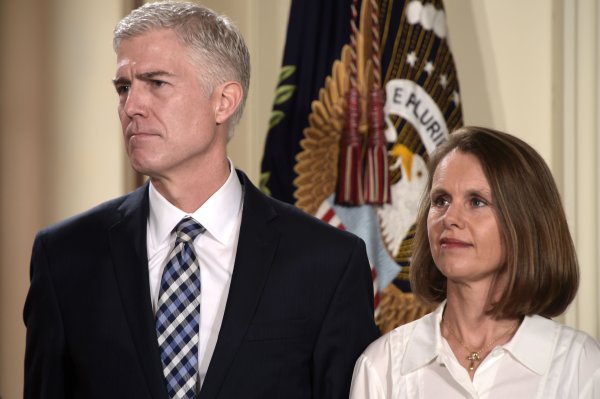