Winners of the Queen Elizabeth Prize for Engineering, announced in London on Feb. 1 2017. L-R: Michael Tompsett (UK) Eric Fossum (USA) and Nobukazu Teranishi (Japan). Along with George Smith (USA) they will share the £1million prize for combined contribution to digital imaging. Their inventions made the selfie possible
FTP Edelman
By Kate Samuelson

Next time you’re photographing your brunch, perhaps you should use the hashtag #Fossum. After all, if it hadn’t been for Eric Fossum you wouldn’t be able to Instagram that avocado on toast in such crystal clear precision, and your camera phone would likely be the size of a briefcase.

Now U.S. engineer Fossum, along with George Smith (also from the U.S.), Nobukazu Teranishi (Japan) and Michael Tompsett (U.K.) have been recognized for transforming photography from something expensive and exclusive to an activity so simple, inexpensive and accessible that billions of photos are now taken and shared each day.

The four inventors were today awarded the Queen Elizabeth Prize – a prestigious award that celebrates ground-breaking innovation in engineering that has been of global benefit to humanity – for revolutionizing the way we capture and analyze visual information via the inventions of the charge coupled device (CCD), the pinned photodiode (PPD) and the complementary metal oxide semiconductor (CMOS) image sensors.

Back in the 1970s, when Smith, Tompsett and Willard Boyle (who is now deceased) invented the CCD image sensor technology, the notion of a high-quality, low-cost and tiny camera, such as the one we have in our smartphones today, was unimaginable.

But today, the technology they laid the groundwork for offers instant access to intricately detailed pictures and video ranging from the minute scale of cell structures to images of stars and galaxies billions of light years from Earth – and is used for applications as wide-ranging as selfies and autonomous vehicles.

“I was familiar with the need to make the cameras smaller,” Tompsett tells TIME. “But at that time, did I guess that everyone would one day carry around a sensor in their pockets? No. What’s happened over the last 40 or 50 years is the technology has continued to improve – image sensors are now all over the world.”

In 1992, around two decades after the CCD was invented, Fossum developed the CMOS sensor – a digital image sensor that allows cameras to be made smaller, cheaper and with better battery life, as each pixel has its own transistor that transmits information from each cell to the processor (rather than one transistor in the corner of the sensor, which is how the CCD works).

“The CDD was really one of the foundational building blocks of the CMOS,” Fossum tells TIME. “I invented the technology while working at the NASA Jet Propulsion Laboratory (JPL), while trying to improve the performance of cameras in space to make them more resistance to radiation, smaller and reliant on less battery power.”

Every second, around 100 cameras are made using CMOS technology, allowing us to share in excess of three billion images a day. “Digital image sensors started out being completely out of the ball park in terms of cost, but technology has got so much cheaper and better that they can now make these devices for a few dollars,” says Tompsett.

“I knew [the CMOS image sensor] would be useful for all kinds of things, but everyday I am still astonished by how widespread the technology is and in how many different places it’s being used,” adds Fossum. “It’s in your smartphone right now, making the camera and all those selfies possible, as well as in automobiles and in tiny pills that go on fantastic voyages through your body, radioing pictures back to your doctors to see whether you have any problems.”

Clearly digital imaging has advanced an inconceivable amount over the past 40-50 years, but what’s next for camera technology?

“I try to hang out with photographers on chat rooms to read about what they’re thinking. I don’t think photographers are ever satisfied; they always want something better – better resolution, more dynamic range, faster readout speed, all these kinds of things,” says Fossum. The U.S. engineer is currently working with the next generation of STEM (science, technology, engineering and math) graduates on something called a quantum image sensor.

“If I can be so bold, I think the quantum sensor may be a giant step forward,” he adds. “The idea is that the new technology would allow us to take pictures in extremely dim lighting conditions by counting photons one at a time, which could help in a lot of scientific imaging. It’s still a research lab kind-of-thing. It’s coming along nicely, but you’re probably still at least five years away from finding it in the very first camera. If that’s successful, it’s probably at least five years before it’s used in multiple cameras.”

But, that doesn’t mean quantum image sensors will inevitably enter the consumer world. “The problem with competing with old technology is that old technology is really good,” explains Fossum. “In order to replace existing or incumbent technology, you really need to have compelling advantages. So I don’t know yet whether or not the quantum image sensor will be compelling for consumer organizations over the CMOS – that can take a time to figure out.”

Even NASA will not get excited about new technology. “The space program is very conservative in adopting new technology,” says Fossum. “If it’s hard for consumer electronics to get a new technology used, it’s even harder in space applications. This is mainly because it takes so long and costs so much to build, fund and fly these space instruments that nobody wants to take much risk with the products.” “There’s no repair man in space,” adds Tompsett.

Tompsett and Fossum hope that learning about the prize and their achievements will encourage future STEM students to work hard at their studies and pursue careers as engineers.

“In school, children are often taught to get the right answer – but in engineering and invention you don’t often get the right answer at the right time,” Fossum says. “It took us several years to get CMOS right and that was just in the research lab – it took even longer to get it right in a commercial and manufacturing sense. You have to repeat and try again. It’s really important for students and teachers to learn and understand that lesson.” 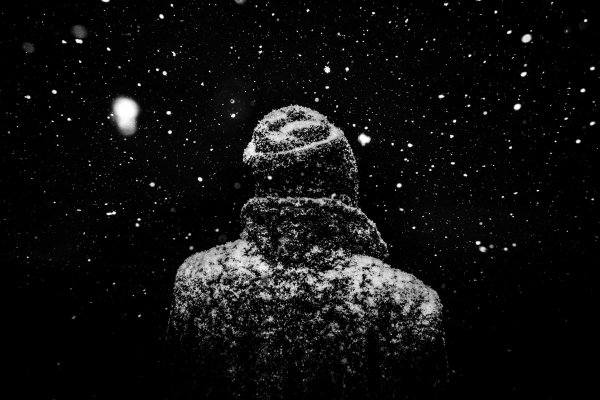 Nordic Noir: Fleeing the Darkness in Scandinavia
Next Up: Editor's Pick