Former Daily Show host Jon Stewart stopped by The Late Show for another reunion with his old friend Stephen Colbert, and to take aim once again at President Donald Trump.

Stewart, who is an executive producer on the show, emerged wearing an overly long tie and a “dead animal” fixed to his head in a surreal imitation of the U.S. leader. He then mocked President Trump’s rapid signing of multiple executive orders by reading out a list of future ones including an order to have China “send us their wall” to secure the U.S. border.

Then, turning more serious, Stewart accused President Trump of acting with unprecedented menace in his first days in office. “We have never faced this before,” he said. “Purposeful, vindictive chaos.” 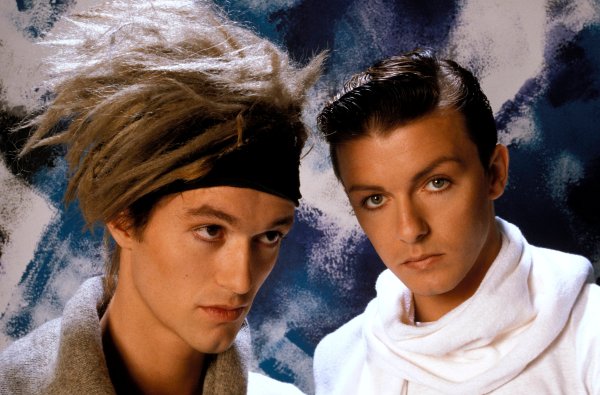 A Brief History of Ricky Gervais as an 1980s Pop Sensation
Next Up: Editor's Pick