If Antonin Scalia died today, and Donald Trump thereafter nominated Judge Neil Gorsuch as his successor, I might support Judge Gorsuch’s confirmation. Although Judge Gorsuch has not yet established himself as a jurist of any distinction, he is generally regarded as a capable judge with a good character. Moreover, although he is a very conservative jurist, he would be replacing a justice with a similar ideological disposition. In such circumstances, just as I supported the confirmation of Judge John Roberts to succeed Chief Justice William Rehnquist, so too would I be inclined to support the confirmation of Neil Gorsuch to succeed Antonin Scalia, even though I strongly disagree with Gorsuch’s very conservative ideology.

But Antonin Scalia did not die today. He died almost a year ago, and President Barack Obama nominated Chief Judge Merrick Garland to succeed him. Chief Judge Garland is a jurist of impeccable credentials and personal character who is widely celebrated for his moderate approach to the law. President Obama nominated Garland not only because of his distinguished reputation as a jurist, but also because as a relatively moderate judge he should have been more than acceptable even to the most conservative Senate Republicans. In typical Obama fashion, Garland’s nomination was an effort to compromise in order to win the support of Senate Republicans.

Chief Judge Garland should have been confirmed easily. Indeed, every Supreme Court nominee in living memory with anything approaching Chief Judge Garland’s impeccable credentials and record of moderation has been easily confirmed by the Senate, without regard to whether the Senate was controlled by the President’s party or by the opposing party. This was true, for example, of such Republican nominees to the Court as Warren Burger, Harry Blackmun, Lewis Powell, William Rehnquist, John Paul Stevens, Sandra Day O’Connor, Anthony Kennedy, and David Souter. Even the extremely conservative Antonin Scalia was confirmed by a vote of 98-0.

But not Merrick Garland. In a completely unprecedented abuse of power, Senate Republicans, under the “leadership” of Senate Majority Leader Mitch McConnell (R-Ky), refused to confirm, or even to consider, Judge Garland’s nomination. This unconscionable maneuver was nothing less than a dishonorable and dishonest effort to steal this seat on the Supreme Court for the right wing.

Senator McConnell had the audacity to maintain that the “people” should decide who should fill this particular vacancy on the Supreme Court. By employing his duplicitous strategy, he managed to shift this appointment from a President who had won the popular vote by a margin of five million votes in 2012 to one who lost the popular vote by a margin of three million votes in 2016. This crass and unprincipled manipulation of our democracy should not be allowed to succeed.

Anyone who cares about the proper and legitimate functioning of our American democracy must oppose Judge Gorsuch’s nomination, not because he is necessarily unqualified, but because of the undermining of our American democracy by Senate Republicans. Anyone who cares about the rule of law must oppose this nomination. If we fail to take this stand, the Senate Republicans will have succeeded in placing a justice onto our highest Court who has no business being there. They will have undermined the credibility of the Supreme Court as an institution, an institution that is critical to the functioning of our Constitution.

Judge Gorsuch’s nomination should be withdrawn, and the President should nominate in his place a genuinely moderate justice who is acceptable to Democrats and Republicans alike. Only then can we move on with a sense of institutional integrity. Short of that, every decision of the Court decided by a margin of five-to-four with Neil Gorsuch in the majority will justifiably be castigated as fundamentally illegitimate. 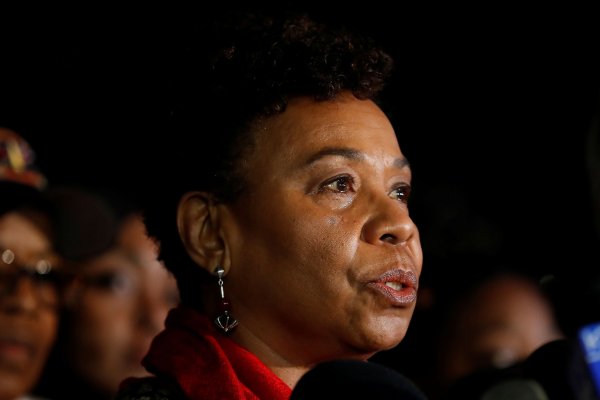 The Hyde Amendment Is Blatant Discrimination
Next Up: Editor's Pick